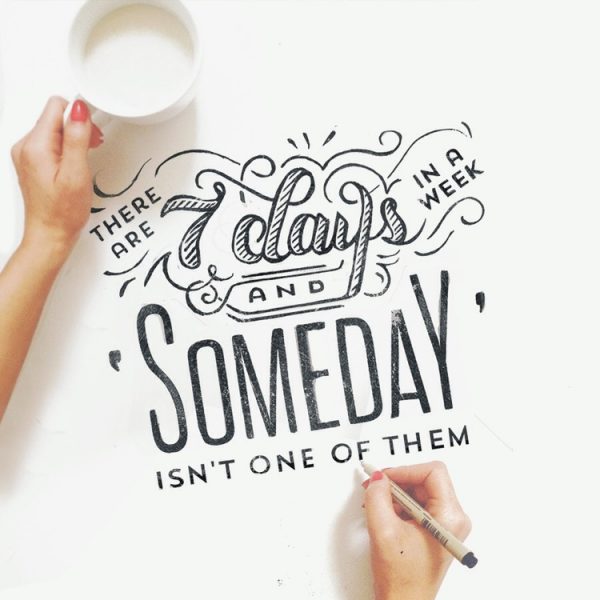 Lately I’ve found myself wanting to share things that are a bit more personal and a bit more real. The rare times I’ve done so in the past I’ve always been grateful for doing so, so I’ve decided to open up more often. In fact, the words of this post have been tumbling around in my head for a while now. For whatever reason, today seemed like the day to get them out of my head and into the world in some manner. Because I feel like I need to give these words shape to help myself process them and also because I feel like where I’m at is a place where many of us end up at some point in our lives, so perhaps my sharing will happen to be helpful for both of us. Or maybe I’ll put all these words out into the universe and an hour later delete this post. That part remains to be seen I guess.

See, lately I’ve been feeling stuck. When I started The Sweetest Occasion nearly six years ago, this whole online world was an entirely different place. It was less busy, less hectic, less flooded. I felt like I had time to hone skills, grow my talents, explore new mediums, challenge myself and learn. Certainly, there was entirely less pressure to produce the internet’s most inspiring content on a continual basis because, simply put, there just wasn’t as much content being produced in general. It was so much easier to stand out in the crowd. Just shy of three years ago, I transitioned into the world of blogging full time and The Sweetest Occasion evolved from a side passion and part-time business to a full-time professional pursuit. With that inherently comes change and additional pressure, but in the last year it’s no secret that the world of blogging has changed in a metamorphic way. For many of us who do this for a living, we’ve been banging our heads against a wall trying to figure what it all means because as exciting as it can be, it’s also scary on a lot of levels when your livelihood, your dreams and your entire way of life have come to rely on a website to bring home the bacon. (Or the veggie burgers as my case may be.)

These days bloggers are undeniably producing content that is on par with and often better than that of the highest revered print media. I love that. I find it incredibly inspiring. I am blown away on a daily basis by the creativity, passion and talent of my friends and comrades in the blogging community. My own work has grown and evolved and improved so much over the last few years, something I’m proud to be able to look back on and recognize. But sometimes (ok, a lot of times) this whole evolution is overwhelming. There are all of these things I know I should be doing or that I could be doing or that I see other super talented people doing and it’s almost like I get paralyzed. No, I do. I get paralyzed. I’ve been paralyzed. For the better part of the last year I feel like I’ve been spinning my wheels, gearing up for something but not ending up where I want to be. I have all of these lists and notebooks and sketches and spreadsheets full of the content I want to be producing and sharing and I feel like so little of it comes to see the light of day. Lately I’ve had to have a serious talk with myself about why that is and what I can do about it and, most importantly, how I can get unstuck.

I think any truly successful blogger will tell you that they got into the game out of sheer love for what they’re doing. That couldn’t be more true for me. But somewhere along the way, it all becomes about the numbers. Those numbers dictate everything. How many people are seeing your work, how many potential sponsors may want to collaborate with you on fun and fulfilling projects, and, frankly, how much those sponsors are going to pay you for your work. It sucks, but it’s also a reality. Blogs and websites require a lot of money and resources to run. From server costs to coding and development, to paying for contributors, tech support, supplies, photography, and so on and so forth, there’s literally an endless tally of expenses. As those expenses add up, so does the pressure to have every post blow up on Pinterest so your page views keep growing, your reach keeps expanding and brands continue to want to work with you. It often feels like one giant rat race, pure and simple.

I don’t share this to evoke any kind of sympathy, trust me. I gladly shoulder these weird, industry-specific admittedly first world pressures every day so I can keep doing work that I love and that I find fulfilling both professionally and creativity. I do, however, share this to explain that I’ve come to realize over a month or so of serious soul searching that somewhere along the way I allowed myself to fall victim to the numbers obsession. Over the last few years as I’ve worked tirelessly to grow what I’ve built, I got entirely wrapped up in the numbers and it crippled me. (Which, for the record, is a completely awkward and humbling thing to admit and I’m having a hard time not deleting the last part of that sentence, but I’m trying really hard to keep it real.) Sure, I’ve still produced a lot of content that I truly love and I’ve always maintained a strong stance on only working with sponsors that I feel truly passionate about collaborating with, but I’ve also spent way too much time analyzing what I’m doing before I even do it, trying to predict how the internet will react. And then being smashed to bits emotionally if the reaction isn’t what I hoped it would be. Does that sound pathetic? Because on some level it probably is pathetic, but it’s also something I think a lot of bloggers face.

Over the course of the last month I’ve started listening to a lot of podcasts while I’m working instead of jamming out to my usual playlists. Listening to other creatives and entrepreneurs talk about their struggles and their methods of coping with change and growth in their work has been so helpful. It’s so nice to know that I’m not alone. A lot of realizations have come to light for me, but I think the most important among those is that I believe for me to produce my best, most inspired and passionate work, I need to exist in a bit of a bubble. You know those people you see on Facebook who seem to have it all? The gorgeous kids and that amazing house and exotic vacations multiple times a year? Those kind of people. The ones that somehow in all of their beauty and happiness make you feel a little less shiny and golden inside the everyday realities of your own life? That’s how I’ve been feeling, only professionally. Like no matter how happy I am with the way a project turns out, somehow someone else is going to do something cooler. Or maybe they’ll do something really similar and theirs will be the photos popping up all over Pinterest. It’s a ridiculous, petty and categorically unproductive way to think, but especially these last few months that’s how I’ve been feeling. Lost. Stuck. Paralyzed. And I’m sick of it! 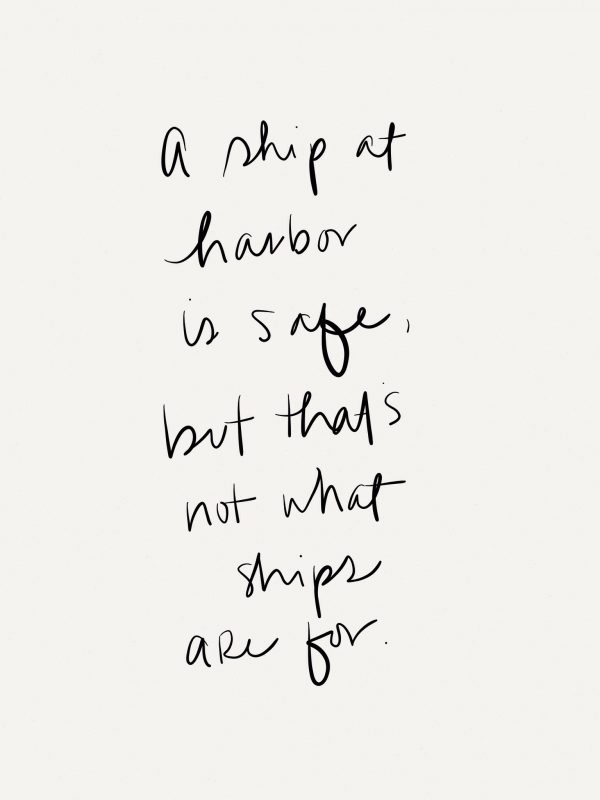 I realize this post is one giant ramble and if you made it this far I owe you a cupcake. Or maybe a baker’s dozen. Like I said, in part I am writing this post for me. So I can sort through all of this weird garbage and then work to compartmentalize it, create an action plan and move forward. The Sweetest Occasion will be undergoing another site update sometime in the next few months and with that I’m working on honing in on refining the branding in a way that has me really excited. I’ve started a Pinterest board where I’m pinning freely and wildly at the moment, without analyzing what I’m pinning or why. I scheduled a few photo shoots centered on fun projects for the coming weeks to get back out there and start flexing those creative muscles I’ve been allowing to atrophy a bit since the beginning of the year. Additionally, I’m working on an updated business plan and mission statement of sorts so that when I’m feeling stuck in the future I can revisit those words and intentions and try to get myself moving again in short order. I’m traveling through much of May and while it will be hectic and hard to juggle everything, I’m excited to get on a plane and head off to Charleston and Montana and New York over the next few weeks so I can be invigorated by new places, new food, new people and new sights. And, perhaps most importantly, I’m vowing to stop doubting myself, questioning myself and being quite so critical of my own work. Part of that for me will be giving less energy to watching what’s going on around me and getting busy with all those notes and sketches and spreadsheets I’ve been making. I think we could all probably benefit to some extent across the board by thinking less about what others are doing, and thinking more thoughtfully about what we’re doing in our own lives and careers, don’t you think?

I have to say, after months of feeling really down and quite pessimistic (which is honestly so opposite of my usual disposition), I’m feeling more like myself than I have in a long time. I believe in the coming months you’ll see the result of this play out here as I work to produce my best work yet and to bring you my version of the best in entertaining, parties, DIY, recipes and home decor. And because it’s my version, it probably won’t look like it looks elsewhere or possibly it will even look different than I’ve shown it to you before, and I’m totally ok with that. Because truth is, I’m the type of girl who favors a big bunch of wildflowers in a pitcher over a formal place setting with umpteen million forks. And while I own a ridiculous number of heels, by the end of every party I am notorious for ending up barefoot, sitting cross legged on the living room floor laughing with friends. And because I truly do consider each of you friends, that’s what I want to bring back to The Sweetest Occasion. A little more real. A little more me. I sure do hope you’ll be along for the ride! xoxo