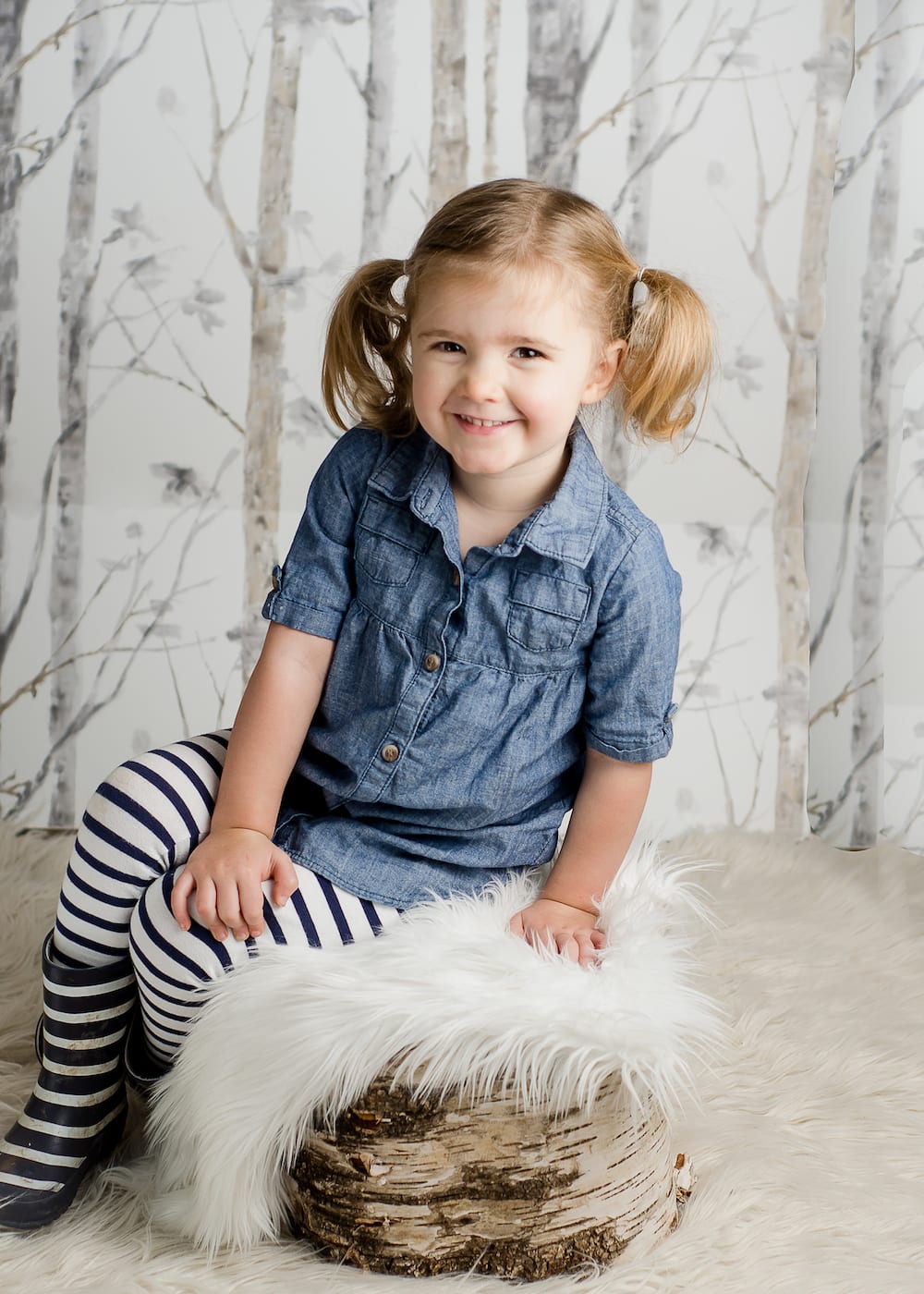 Emerson had the flu last week. When she spiked a fever on Wednesday I pretty much knew our fate since she’d been exposed on Monday, so I immediately scooped her out of the house for a flu test. While she sat on my lap in the waiting room, crying to go home, she complained about how her eyeballs felt like they were fire.

So naturally we sat there for more than two hours. Me frantically trying to keep her little hands from touching any hard surfaces, she crying about wanting to read the books I could basically tell had dysentery.

Side note: How adorable is my kid’s first ever school photo? Nailed it, friends. 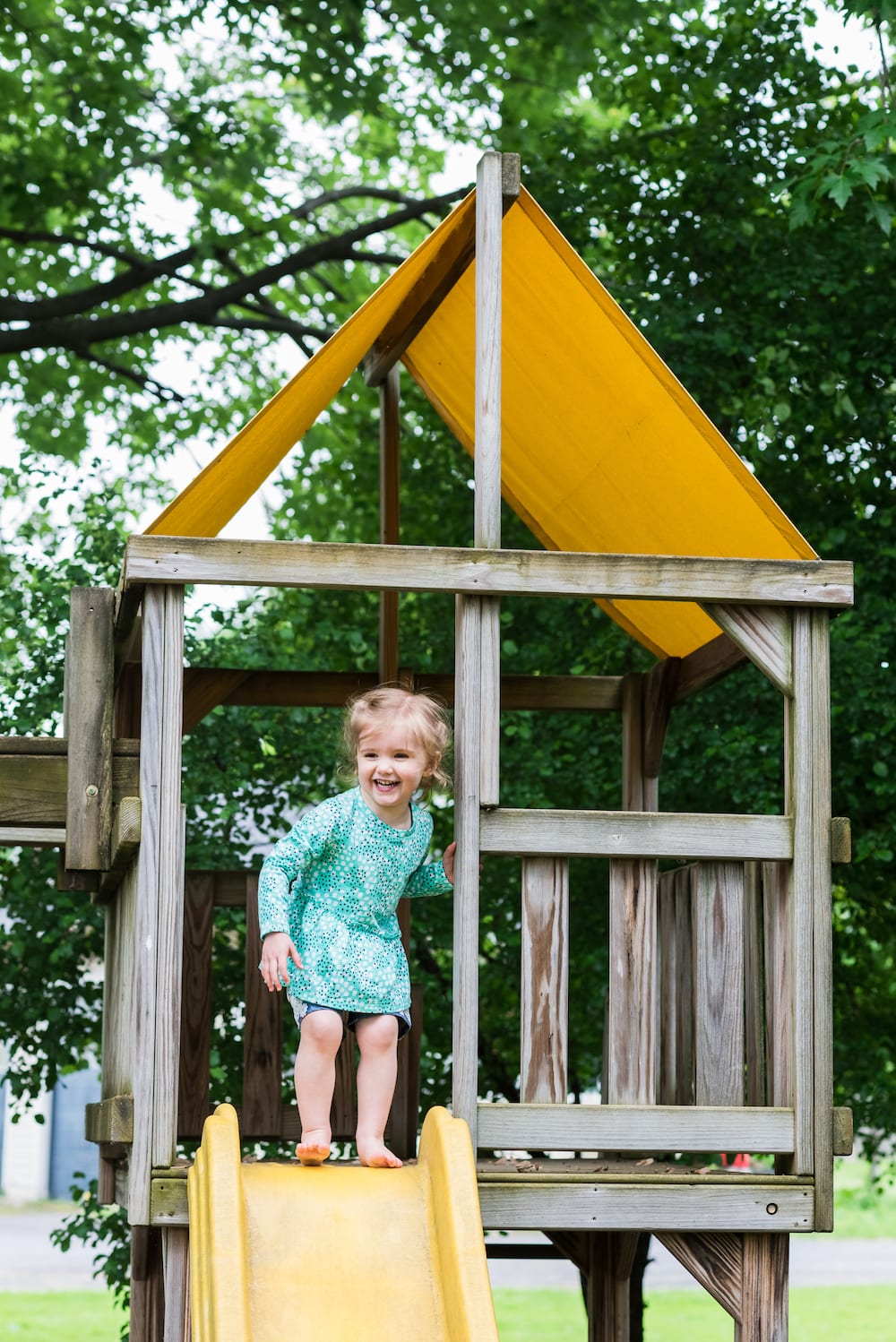 I’ve talked before at length about my experience as a solo parent. That was far and away one of my most popular posts last year, so I was really excited to see that this month’s Real Talk with Real Moms topic was about how we make it work single parenting or as a solo parent.

I know these posts are going to resonate with so so many of you and I love being able to share that with all of you. So, before I get into it too much more, be sure to check out these incredible posts from my fellow mom pals: 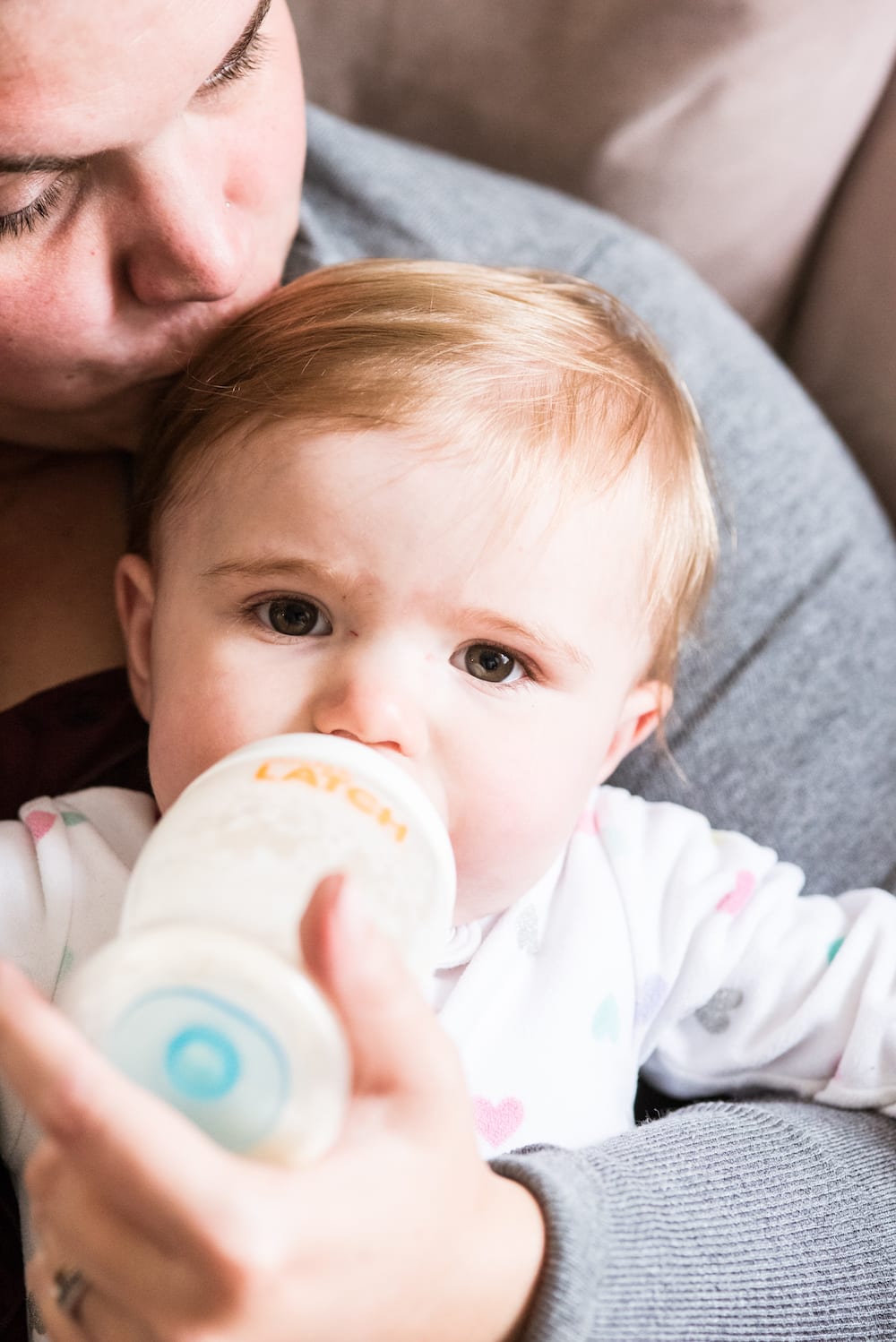 When Em was two weeks old I had to shoot for a client for the first time. Bob had only been home for a few days after we got home from the hospital before he had to return to work. His typical schedule involves him leaving before dawn on Monday morning and making it home sometime around dinner on Friday, often much later than that or even Saturday morning.

So there I was, two weeks postpartum with no frickin’ clue what the hell I was supposed to be doing, recovering from the 10″ incision where just days before someone had cut a child out of my body, styling photos. Somewhere there are photos of my child in some kind of sleeper with my mother hovering around while Alice and I made Christmas magic happen.

(For reference, the above photo was taken when Em was about 10 months old. During a photo shoot when I had to stop to make a bottle. I can’t tell you how many times this happened!)

I mention this story, because at the time it really felt like what I was supposed to be doing. I was a lifetime workaholic who had no concept that most mothers at least try to slow down after giving birth. All I knew was that I now had this child to care for and saying no to a good job seemed pretty insane.

So I said yes and I made it happen. In the three years since then I’ve gotten at least a little better at understanding where I need to personally draw my lines as a solo parent and I’ve also gotten better at asking for help.

That said, I still largely feel immense pressure almost every day of my life. Solo parenting ain’t for the weak, ya’ll. (Also, we all know I’m totally not southern but I can’t resist a well placed “ya’ll” from time to time.) Most weeks I feel like an Instant Pot by the time Friday rolls around, so I’ve been working really hard over the last several months to make the days and work week feel more manageable so that I’m not a puddle of crazy by the time Bob makes it home every week. 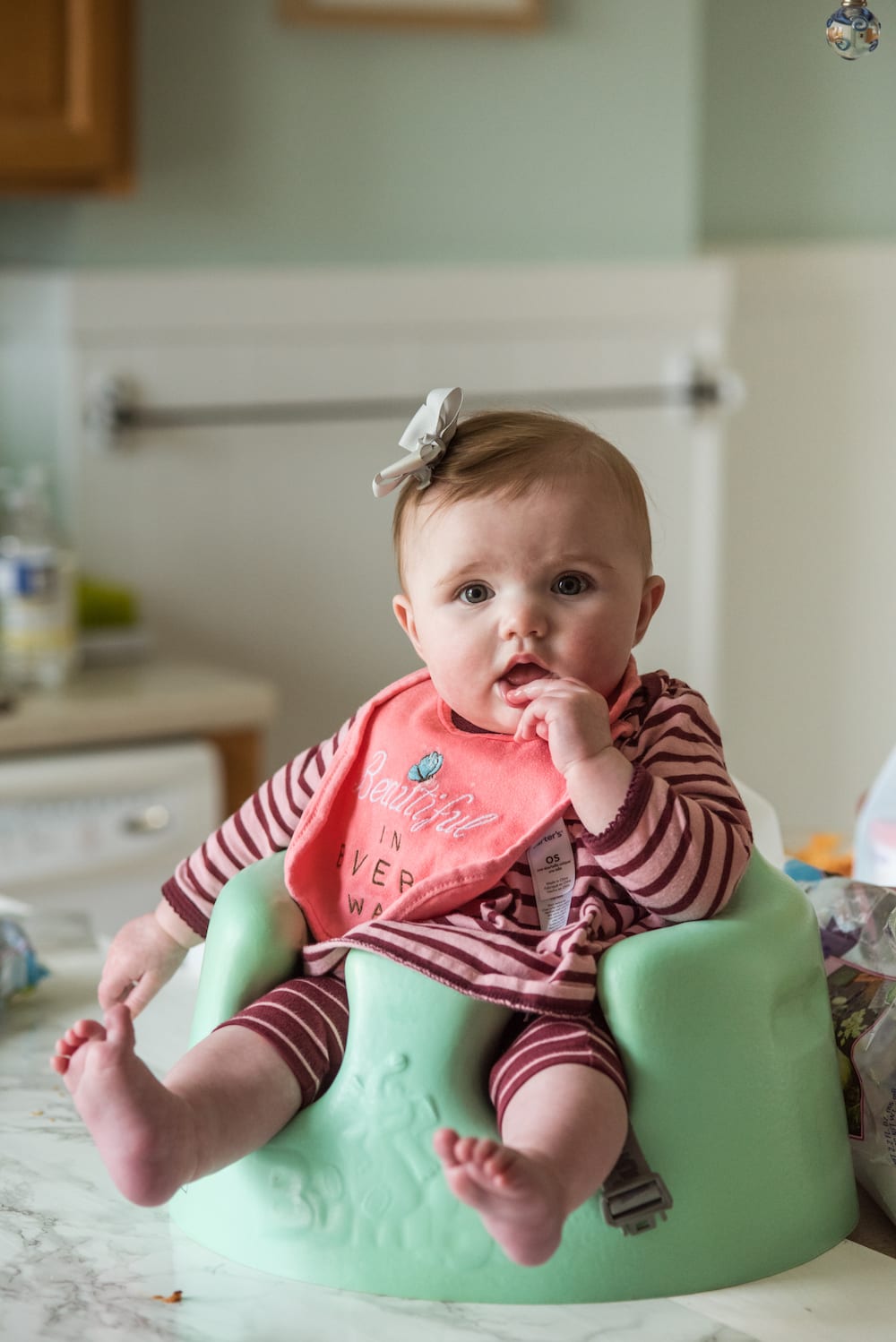 How I Keep It Together as a Solo Parent

By nature I’m a very weird blend of type A and type B. Which side of my personality dominates depends on the day, the place, whether or not I stayed up too late the night before. I like things to be orderly, but also I love breaking rules and forging my own path.

Recently I’ve figured out that for me to be most sane when juggling as a solo parent, we have to have routines. When we wake up in the morning, we do the same things, in the same exact order, every single day during the week. Otherwise we would never make it to pre-school on time.

We wake up, go potty, brush teeth, get dressed, put in pigtails, make the bed and then head downstairs where I turn off the alarm, let the dog out, get Em’s breakfast ready, feed the dog and then make my coffee. Boom-boom-boom. It’s like a cadence.

While I always make exceptions for an impromptu dance party, by and large I’ve kind of owned that I am my most zen when things are smooth and predictable in the morning and at bedtime. If I’m going to have a tendency to feel frazzled or overstressed, those are the two trigger points in my day, so I’ve worked out the routines that work best for us and we stick to them.

On the flip side, we live very free of routines on the weekend. We wear pajamas all day if we want, we lay around in bed longer while Daddy lets the dog out and makes coffee, whatever. (We do always always make the bed though.) She seems to innately understand that things operate differently when Daddy is home and it doesn’t mess with her weekday routine at all. 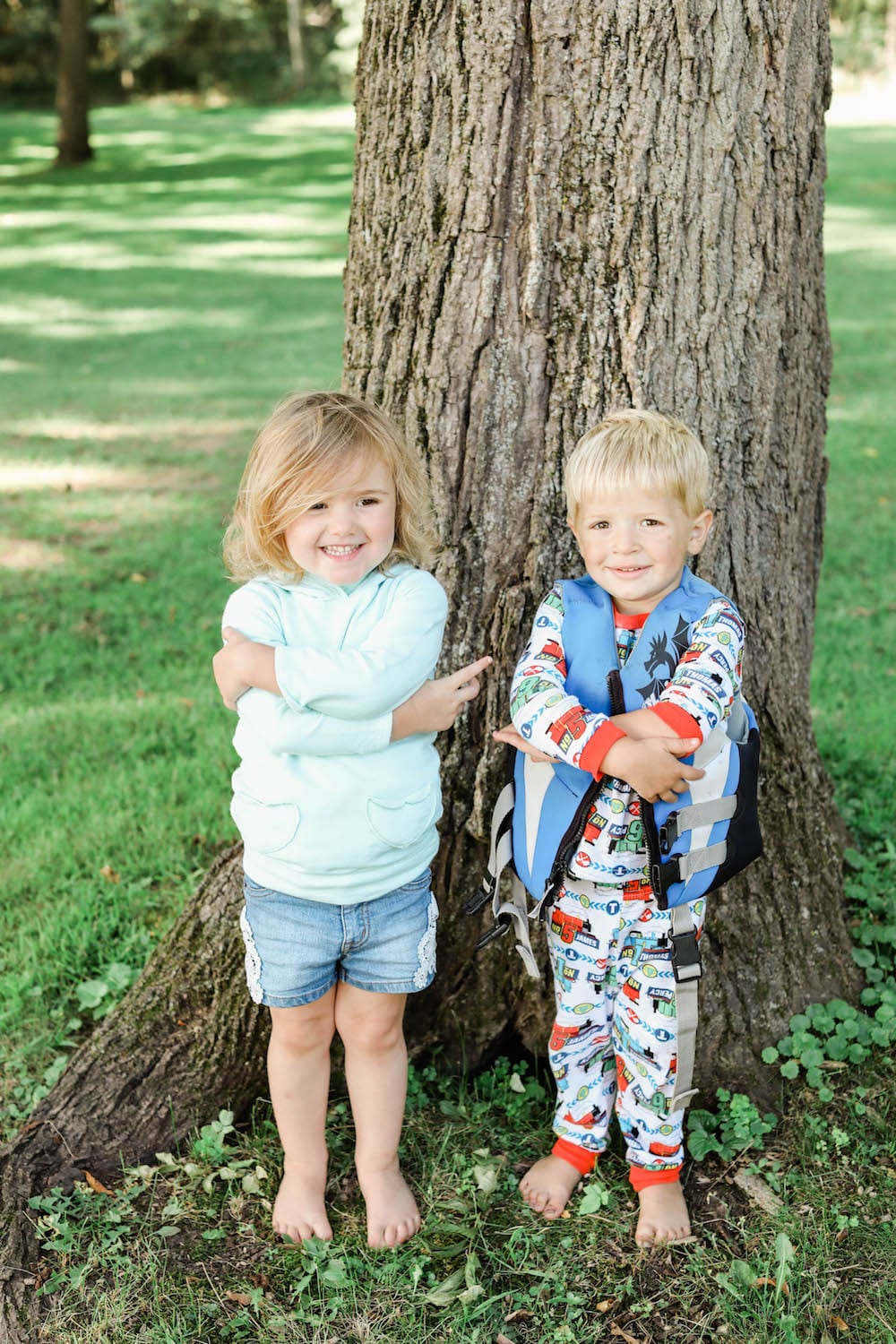 One thing I’ve realized since becoming a mom is that there are far more families than you might realize who are juggling untraditional schedules or parenting situations. It doesn’t tend to be the first thing people talk about at pre-school drop off but if you look for it and speak openly about your own situation as a solo parent or single parent or co-parent, you’ll find the people who understand.

One of my best friends happens to be a single mom with four kids who also lives two blocks down the street. Very likely it’s her little dude who gave Em the flu last week. With her house already exposed, she was all hands on deck to scoop and drop the Tamiflu from the pharmacy for us so I didn’t have to drag my fever-ridden kid back out into public.

Likewise, I can often be found with an extra kid or two after school, dishing up snacks and dispensing real hardcore life advice about how to pick out the right color Pla-Doh for one’s masterpiece. Seek out those people who get your daily struggles, and then try to lighten each other’s loads, even if it’s a tiny tiny bit. 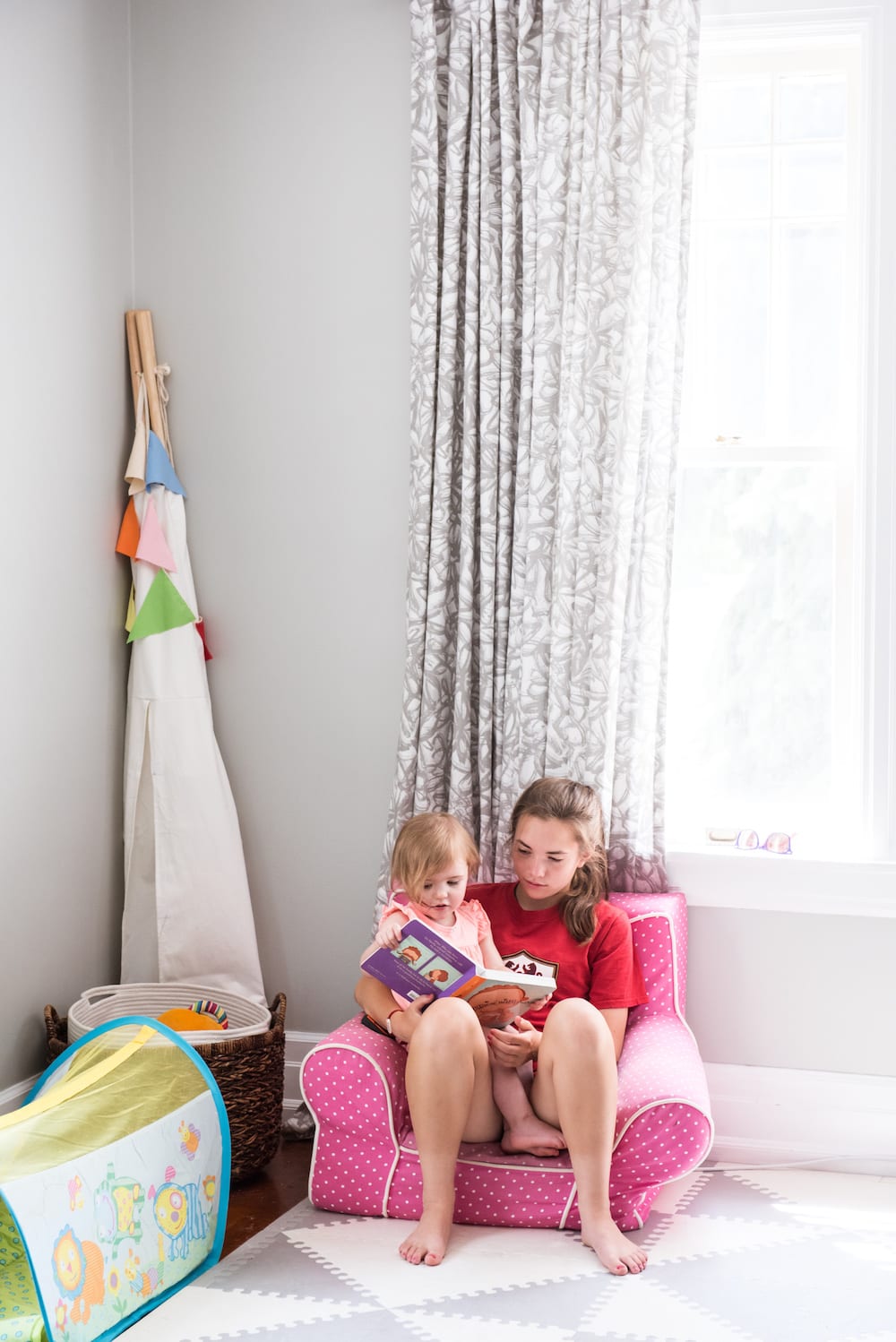 This goes along with building a village, although it’s a bit tougher, at least for me. One example – I’m part of a local committee that is reviewing our city’s charter. We meet on Wednesday evenings. Do you have any clue how hard it is to find a sitter on a Wednesday evening during the school year when you live in a town where everyone thinks their kid is going to go to a D1 school on scholarship for either soccer or lacrosse?

There, I said it.

What was humbling at first is now empowering. Knowing I can be involved civically, which is something of deep importance to me, and that I have a network of neighbors and family who will help me make that happen is a pretty great feeling. Ask for help. Take the help when it’s offered. Just because you can, doesn’t mean you have to. 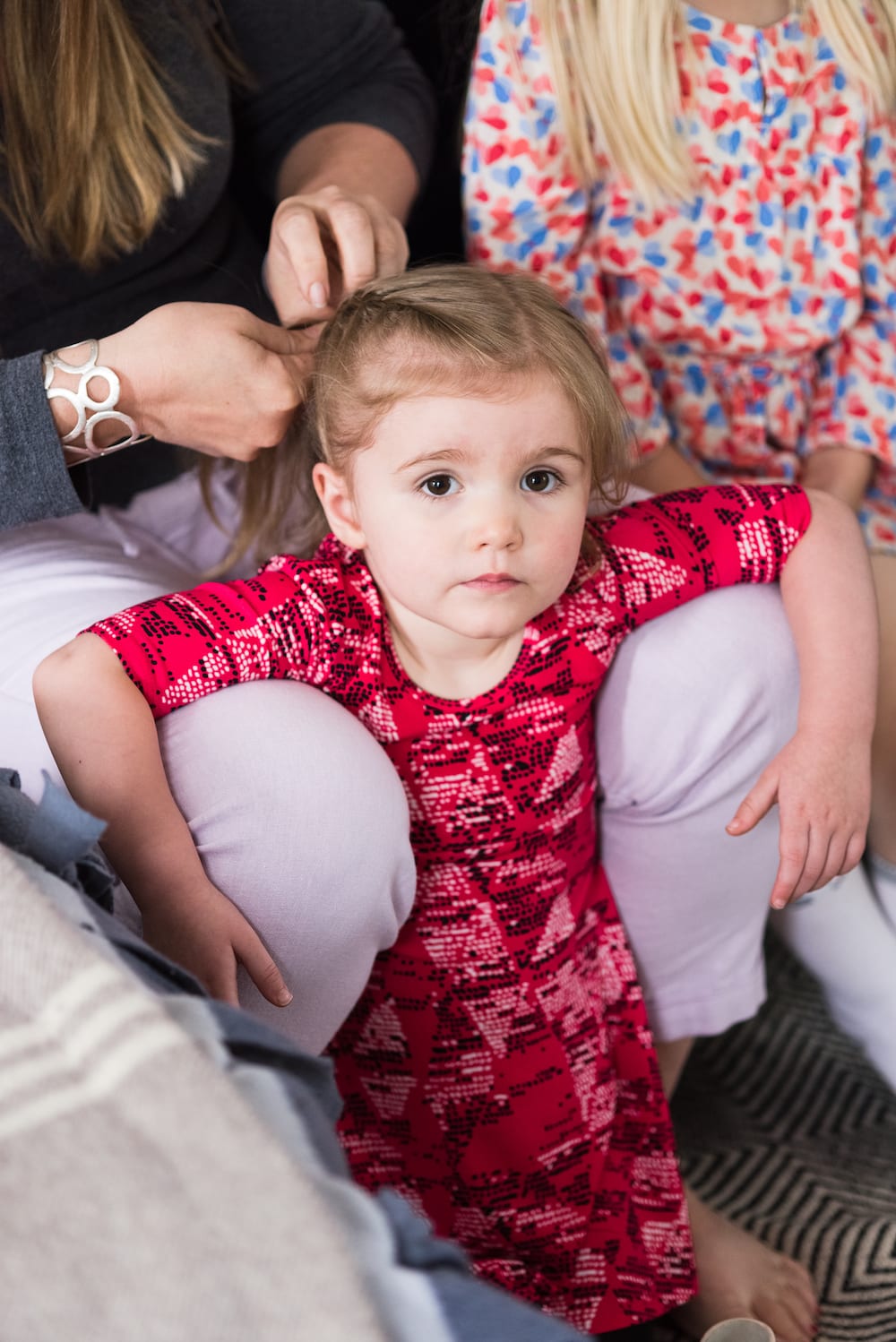 Em told me the other day that she doesn’t like it when I cry. Oh sweet child. Get ready! Because this mommy is a crier. I cry over underdog teams winning the game they were never supposed to be in during the NCAA tournament. I cry over cute dogs and old people and sappy commercials. I also cry when I’m overwhelmed.

Maybe for you it’s not actually crying. Maybe it’s stepping outside and taking 10 deep breaths before you walk back into your life. Maybe it’s a hot bath at the end of the day. Maybe it’s making time for the book you really want to read. But in some way, you have to find a release for all the pressure or it becomes all consuming. 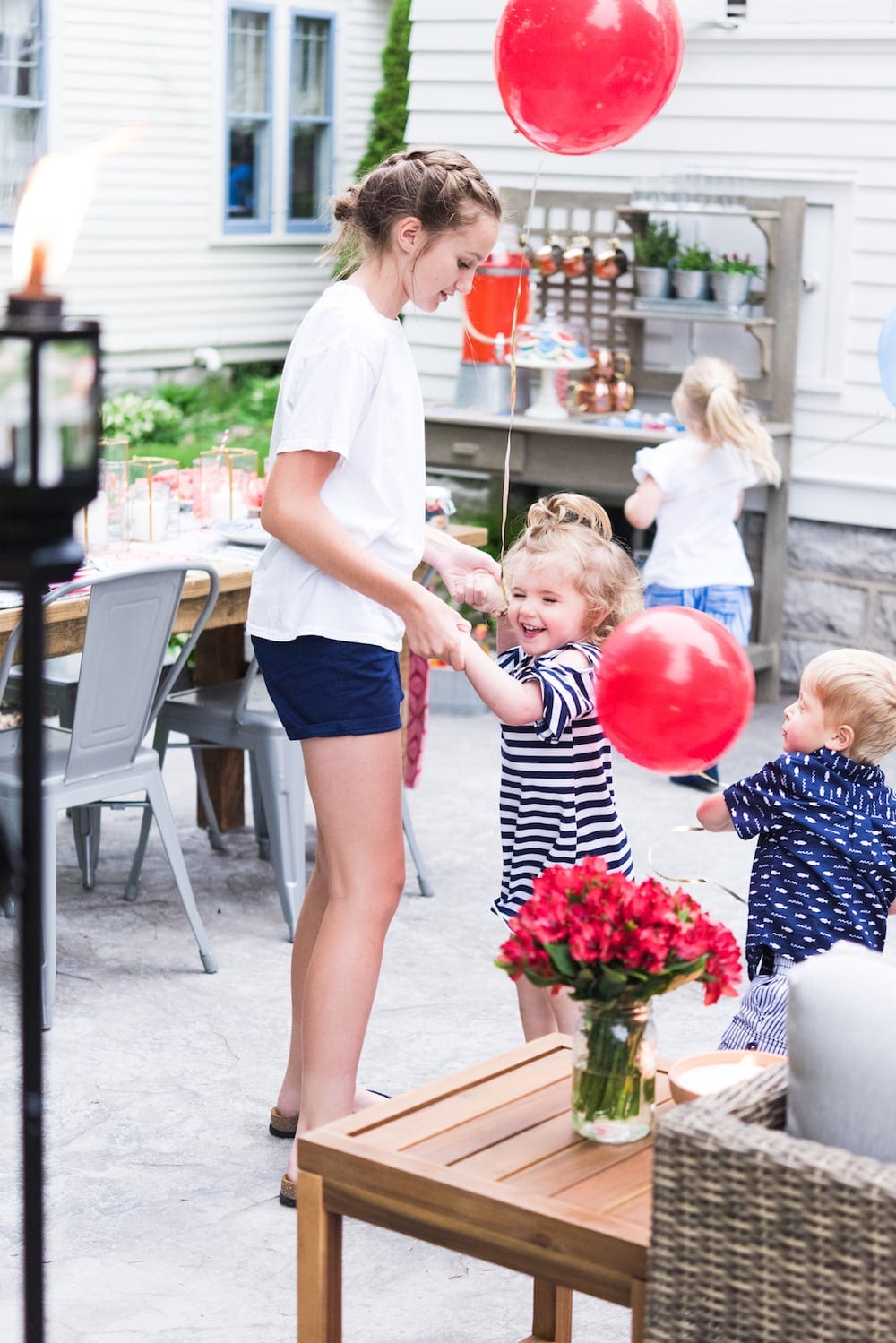 When Fridays roll around, we operate as usual. Then somewhere around dinner time Daddy gets home. He’ll give hugs and kisses and usually head upstairs for a shower while I’m finishing up dinner. Once he comes back downstairs, he’s on.

Mommy doesn’t do bedtime on Fridays or generally Saturdays. On weekend mornings we’re usually all up early together, but we do occasionally take turns letting the other sleep in a bit. One thing I don’t do is feel any guilt about having to check out a bit once Bob is home.

Sure, he worked a long ass week, too, but we all know that parenting is a different kind of beast. Sometimes I just need to sit by myself in front of the television while he handles bedtime. Sometimes I just need to be next door with the neighbors having a glass of wine while he handles bedtime. And there ain’t no shame in my game. Knowing that on Friday night I can breathe a little deeper and possibly even go pee by myself, with the door closed? That trade off is what keeps me going all week long.

Now, please! Tell me how you do it? Who out there is a solo parent or single parent? I need all of your tips and tricks. All of them. Hit up the comments and don’t forget to check in with my mom friends since sharing is what helps us all in our parenthood journeys.

I think the trade off is key and I agree that it is a different of work so that makes it different. My husband and I do that with dinner. I am on during the week and he takes over on Saturdays and Sundays so I can get a break:)

Loved hearing your experience Cyd! I do really well sticking to a routine too -- my brain doesn't do chaos well (which is tricky as a mom of three boys!) so routine and order keep me sane. Definitely second asking for help and accepting help too. So huge! Wouldn't it be great if we could have a little mom village where we helped each other? Keep up the good hard work mama! xx

I am all about the mom village! And yesssss to the routine. I'd be lost without it!

Solo Parenting? How We Make It Work (Really Well)

[…] on solo parenting, enjoy Real Talk from a few e-friends of mine: Megan, Chelsea, Jen, Lexy Cyd, Chandra, and […]