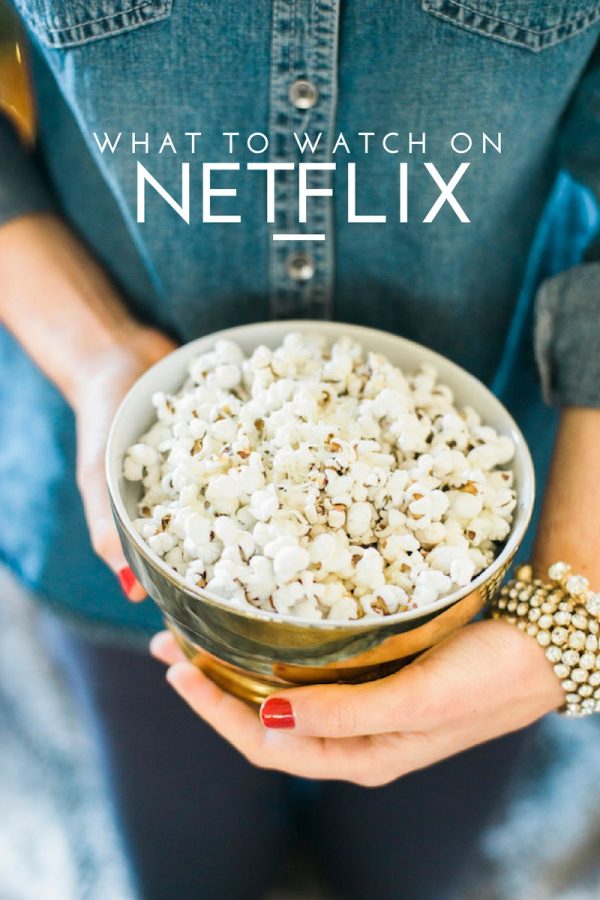 I know, I know, that fall drum is going to be beaten a lot around here and on every other blog in the universe in the next few weeks, but can we talk about one of my favorite fall things for a moment? Catching up on my favorite shows and discovering new ones! Is that completely boring? Do I have an utterly unexceptional existence? Yup. Sometimes I do. Sometimes I like it that way. After a busy, hectic summer full of run-run-run sometimes I just like to sit-sit-sit. After months of rarely, if ever, even turning the television on in our house, sometimes it honestly feels fun and new to cozy up for a serious Netflix binge come fall. In honor of all things couch potato, my sister and I teamed up today to share our go-to Netflix watch list picks. The newer things, the oldie but goodie things, all the television watching things. Should you feel so inclined as to feed our joint addictions, chime in with your favorites, too! I’m always down for a good Netflix binge session when the weather is cool. (Oh and FYI, we both are basically obsessed with everything on each other’s lists, too, so consider this a pretty comprehensive list of all the best shows currently streaming on Netflix!)

Cyd’s What to Watch on Netflix Picks

Ash’s What to Watch on Netflix Picks

p.s. Stay tuned this fall and throughout the holidays as my sister will be making little cameos here and there to spice things up a bit! Plus, we’ll be sharing full details from her wedding once we have photos in hand. We can’t wait! xoxo

[Photo by Krista A. Jones via The Glitter Guide.]