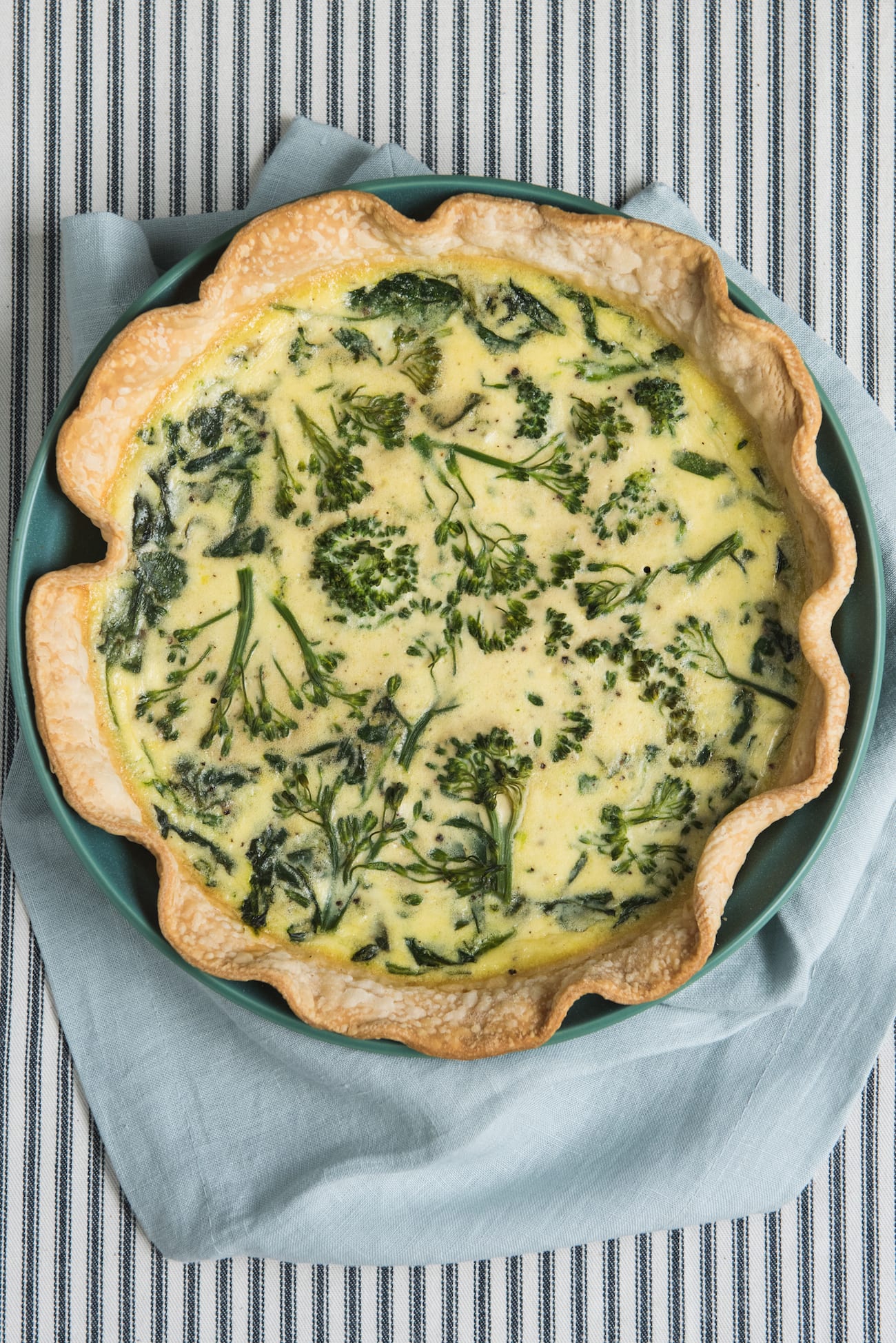 One of my favorite ways to host over the holiday season is with a brunch in lieu of a full dinner. We host pretty much weekly this time of year and if there is one thing I can promise you it’s that people love brunch! I made this spinach broccolini quiche loaded with goat cheese as part of the Friendsgiving brunch I created in collaboration with Bed Bath & Beyond and it’s not only delicious, but it’s also one of the prettiest things I’ve ever made. 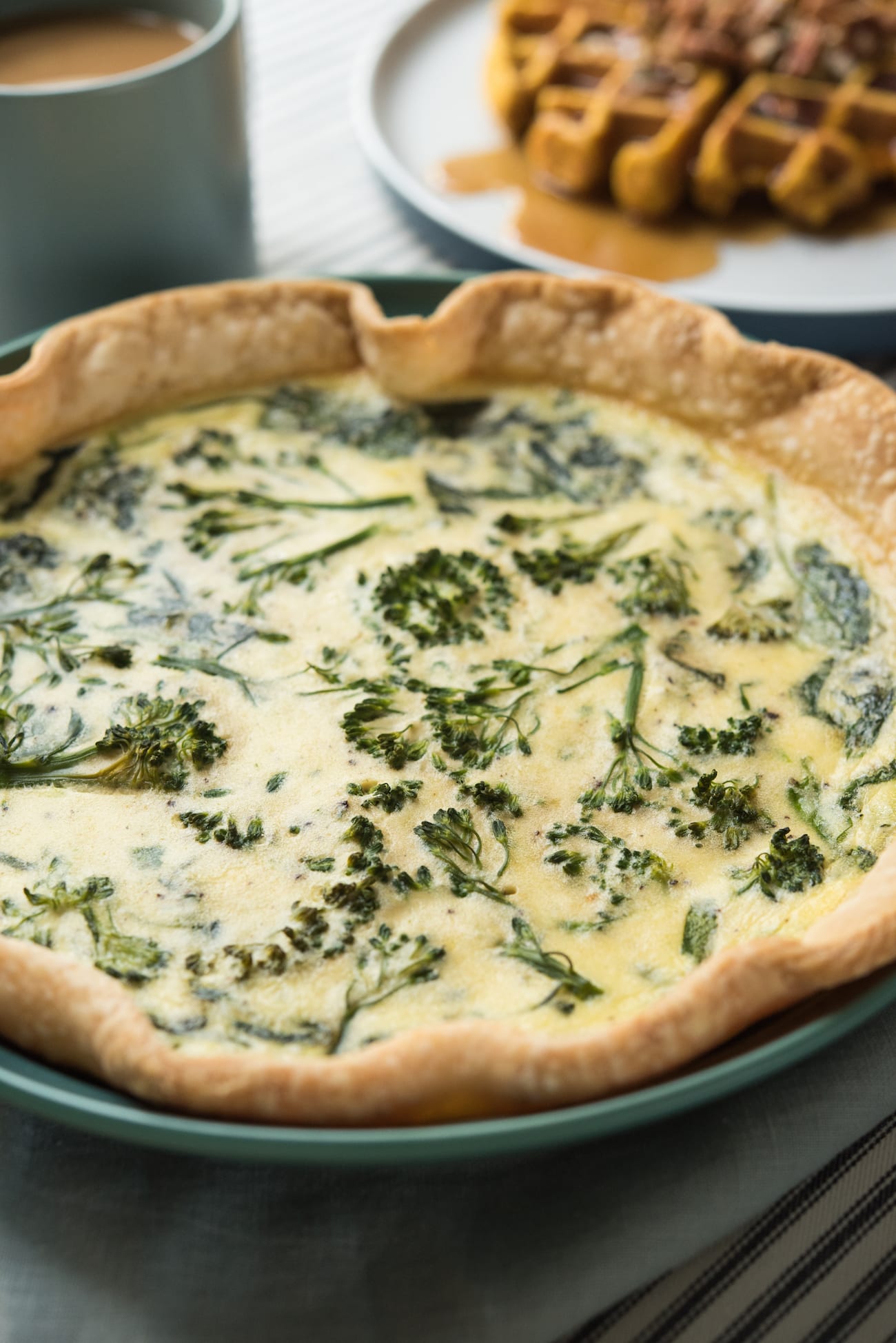 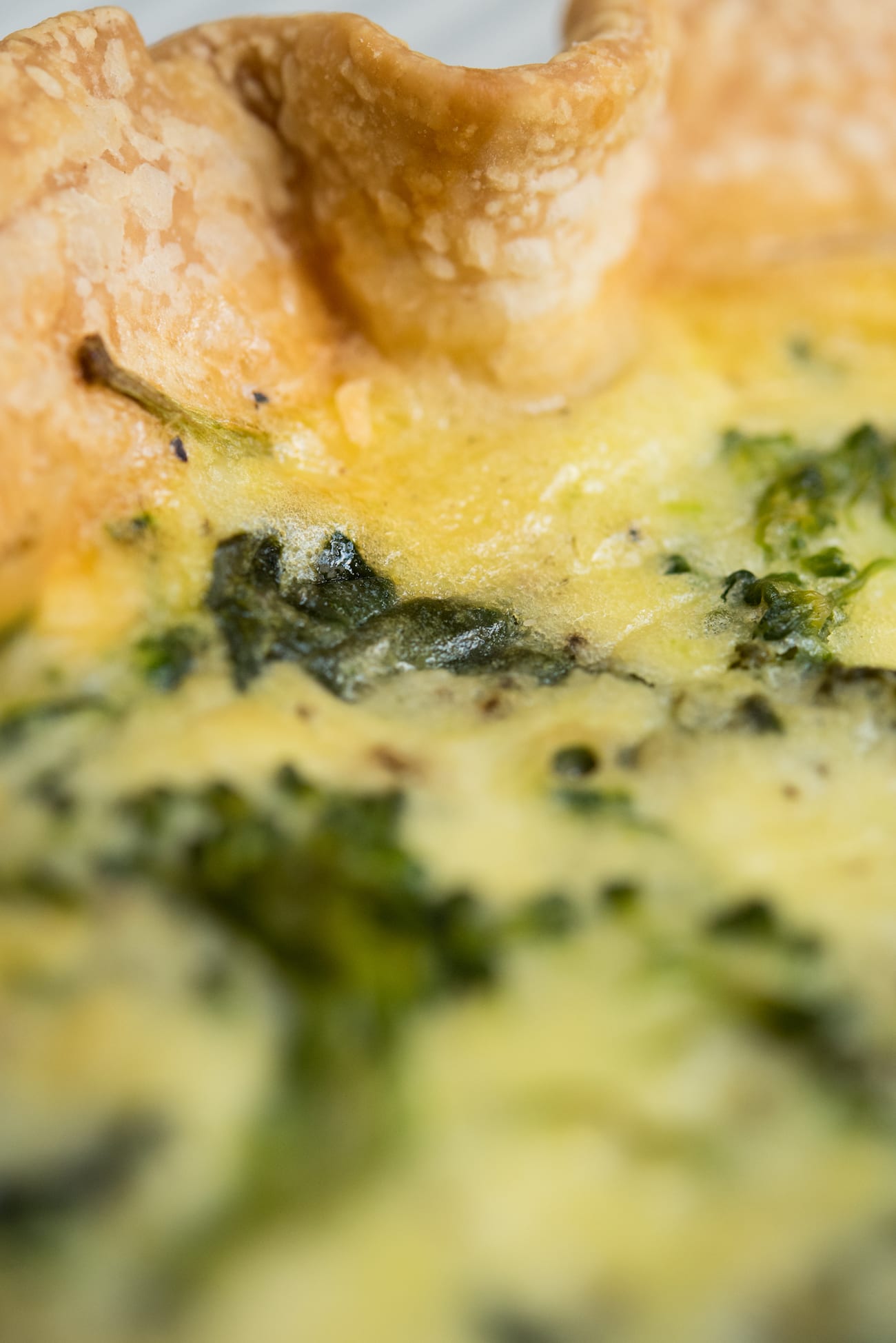 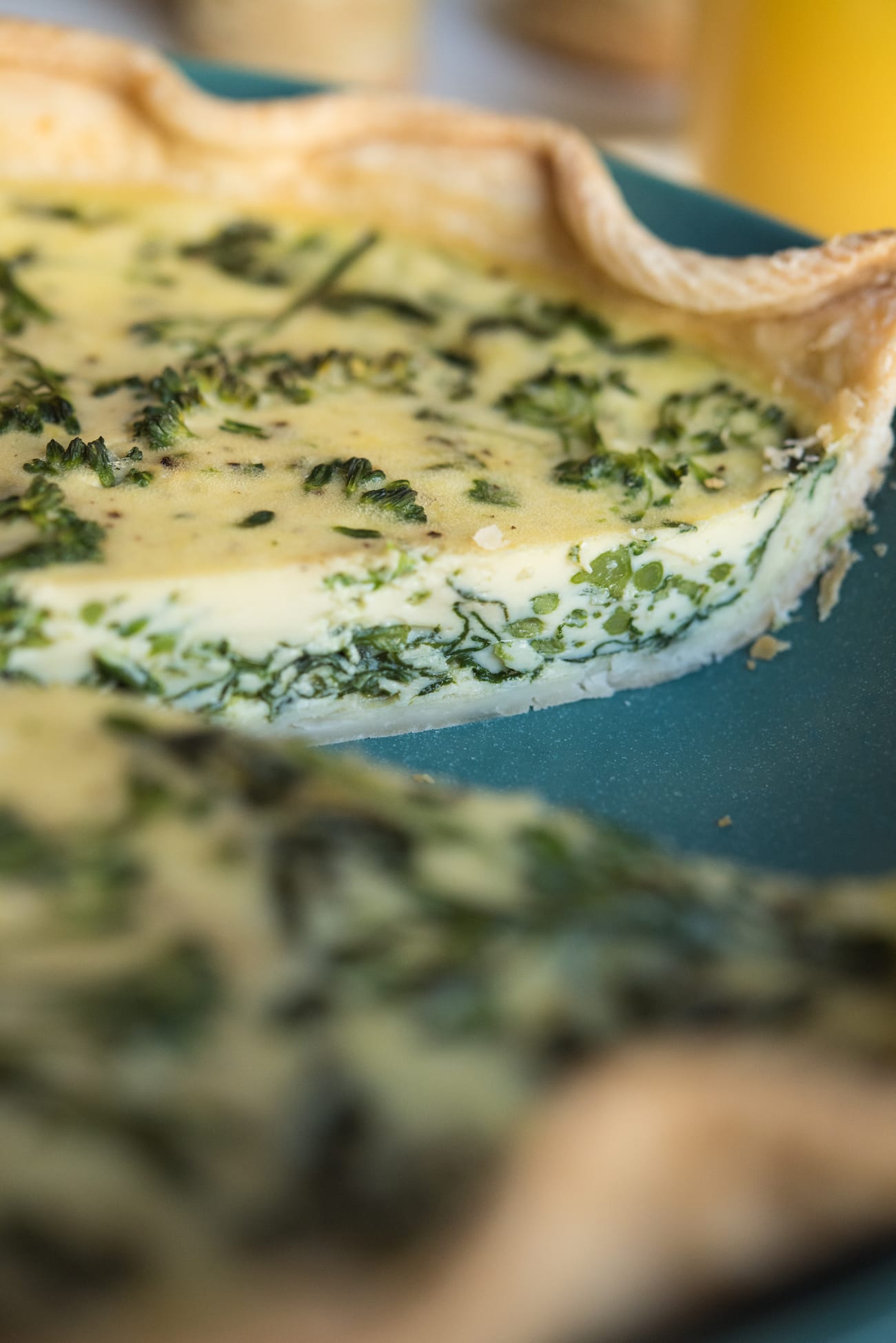 You can absolutely make homemade pie crust for this quiche, but store bought crust is entirely acceptable because the star here is the combination of spinach, broccolini and goat cheese. Making pie crust is very simple and I usually always make my own, but I also recognize that if making crust is the going to be the deal breaker for some people then a store bough work around is going to be welcomed. Done. 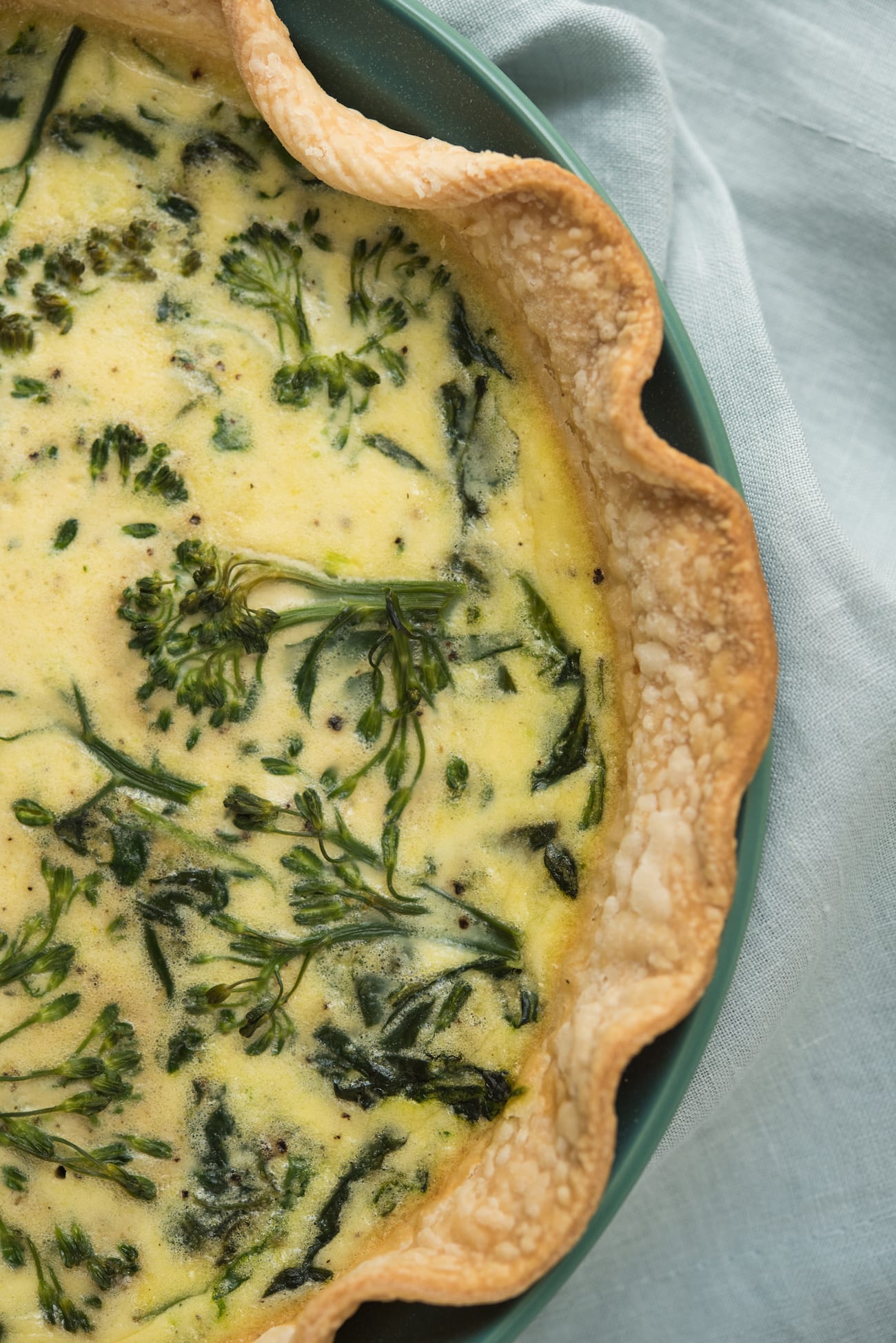 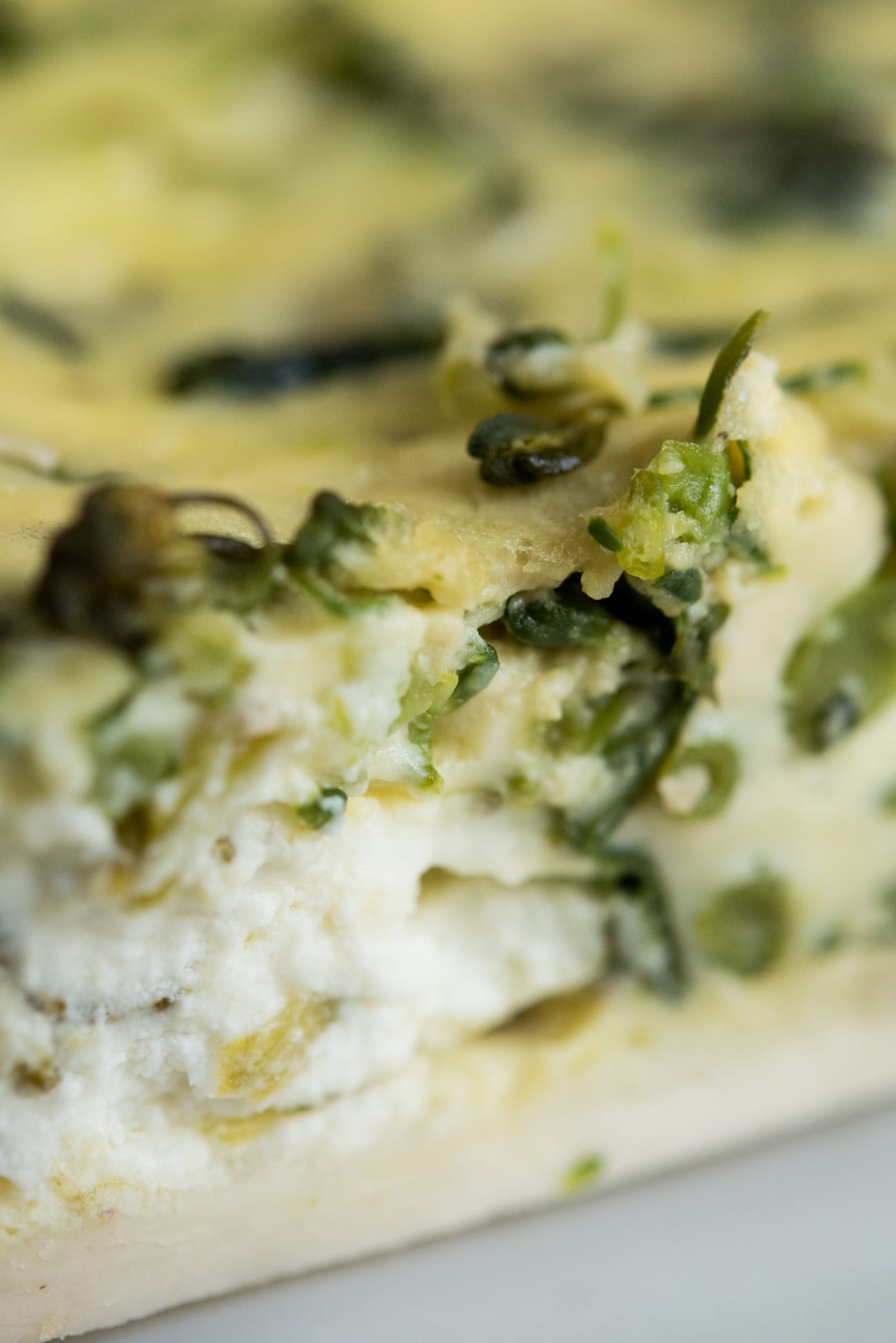 To make my pie crust look so so pretty, I just took a store bought crust (which is about 12″ in diameter) and centered in in a 9″ pie dish. Rather than pulling the crust out to the edges of the pan and crimping it, I let the crust naturally fall into waves and folds, some of which I exaggerated to get that great shape. And that was it! It’s honestly so easy and it makes for such a dramatic look that’s a real stunner. 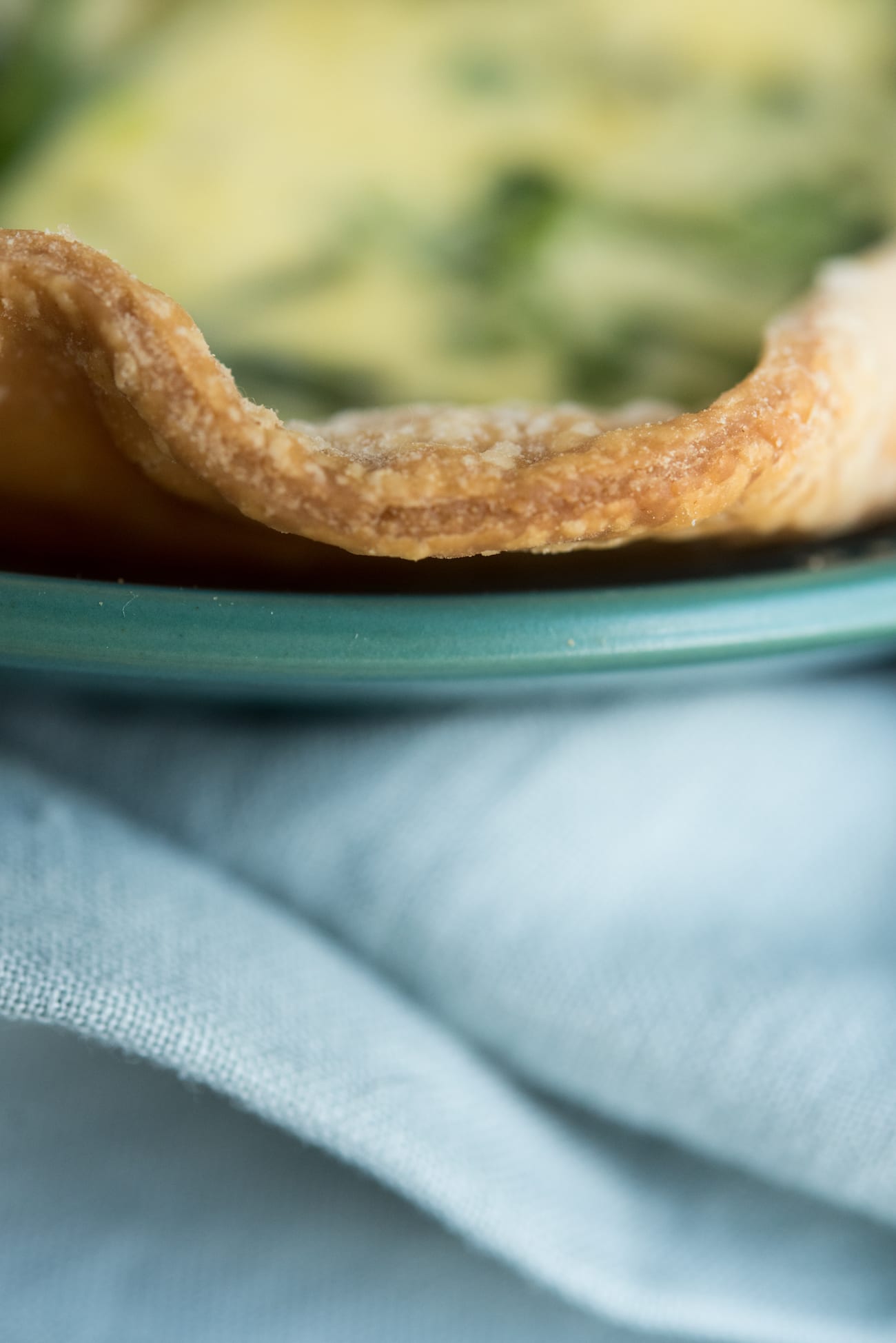 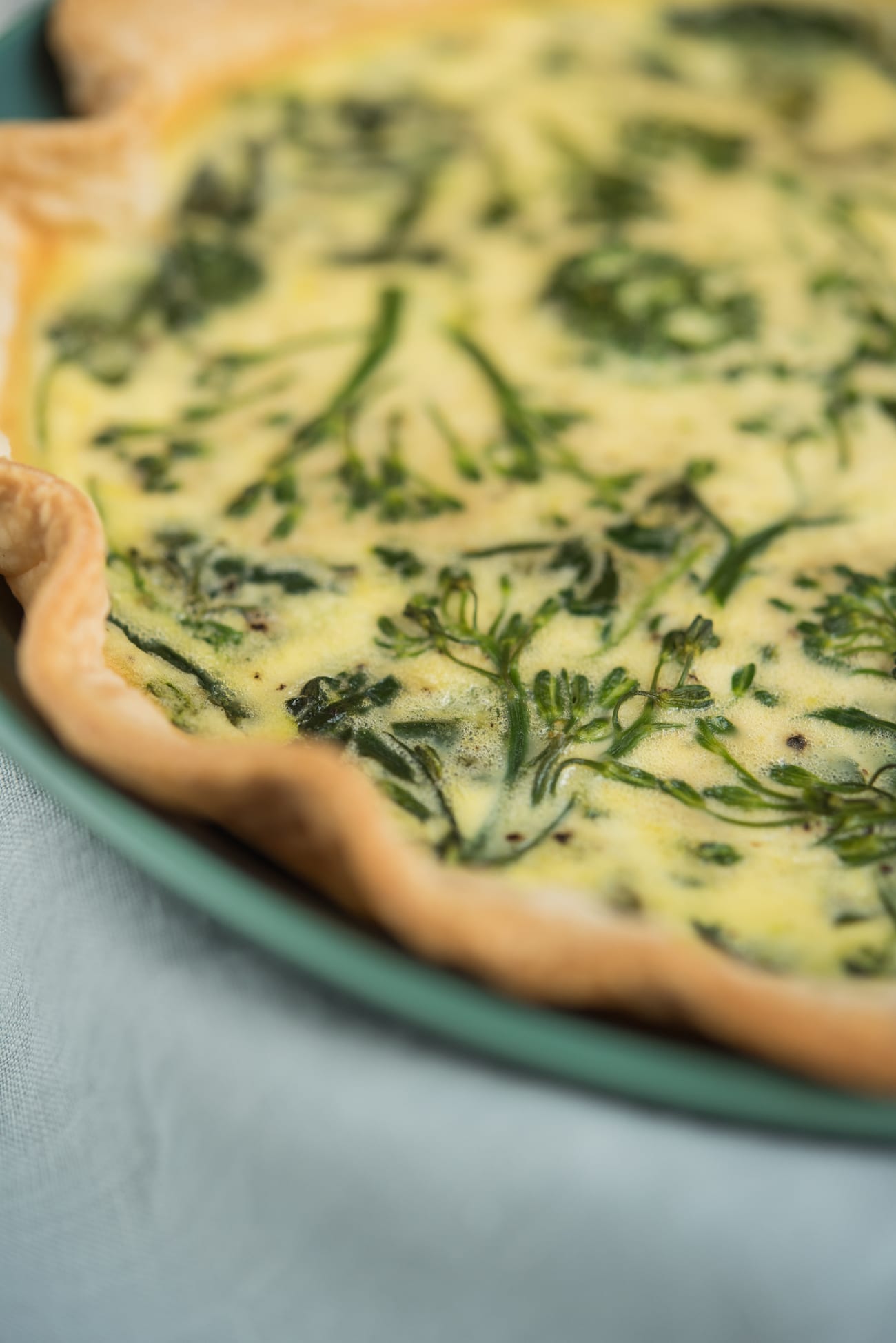 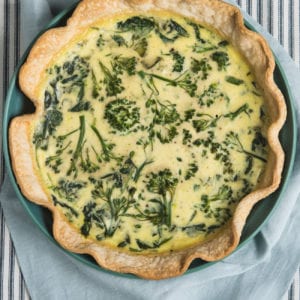