Lemon drop pudding shots are a fun twist on the classic lemon drop shot recipe in the form of a creamy, citrusy dessert. They’re so tasty!

I’ve professed my love for pudding shots quite openly for a long time. They make the perfect, tiny boozy dessert, and everyone always loves them at a party.

This recipe for lemon drop pudding shots is inspired by my favorite shooter back in my college days – the lemon drop shot! All the lemon flavor, in a more sophisticated package. 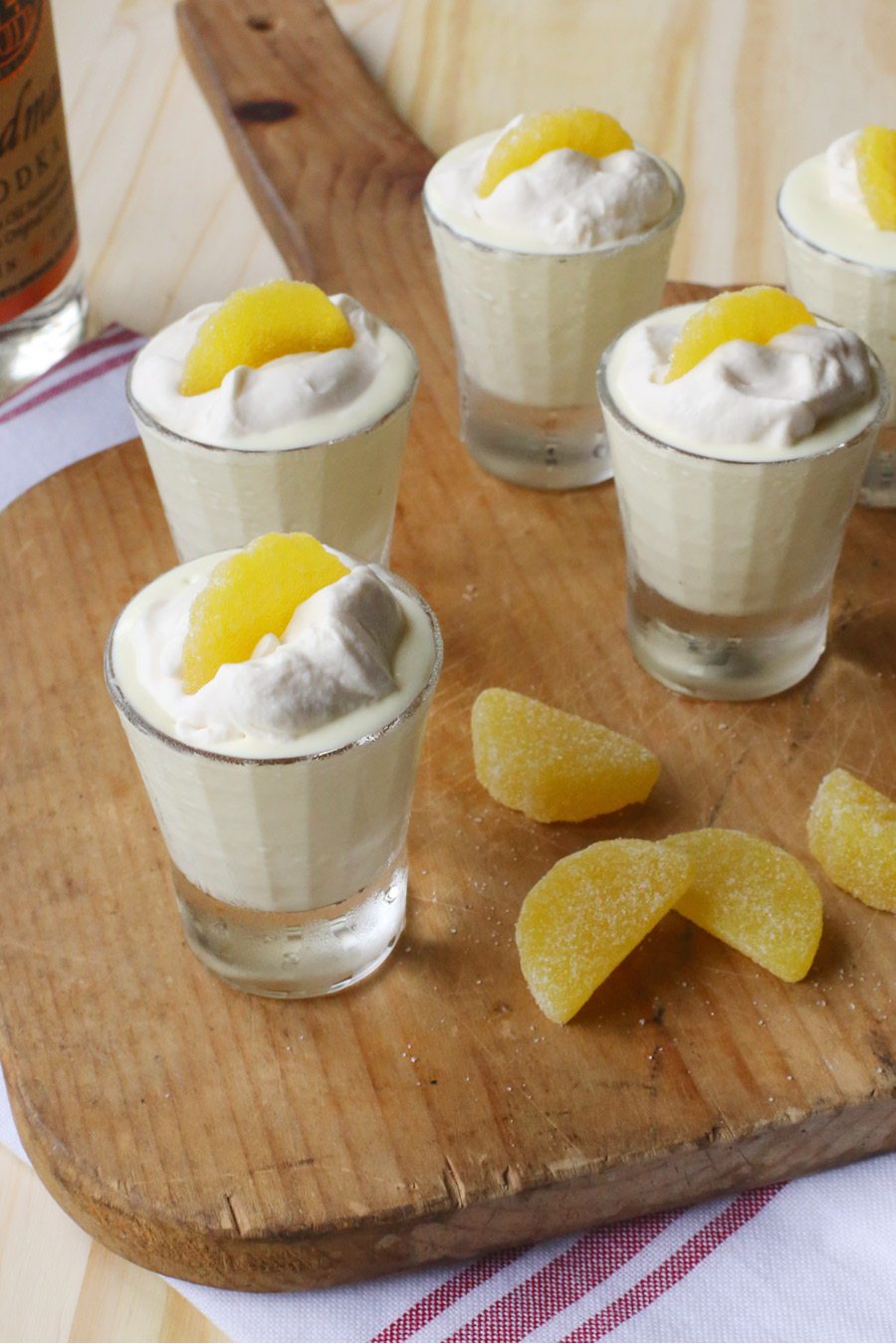 After one taste of these babies you’ll probably be making these again and again. They’re a dessert lover’s twist on the classic vodka lemon drop shot.

They’re incredibly delicious but won’t make you feel like you’re in college getting wild on a weeknight. (Be careful though because these will sneak up on you!) 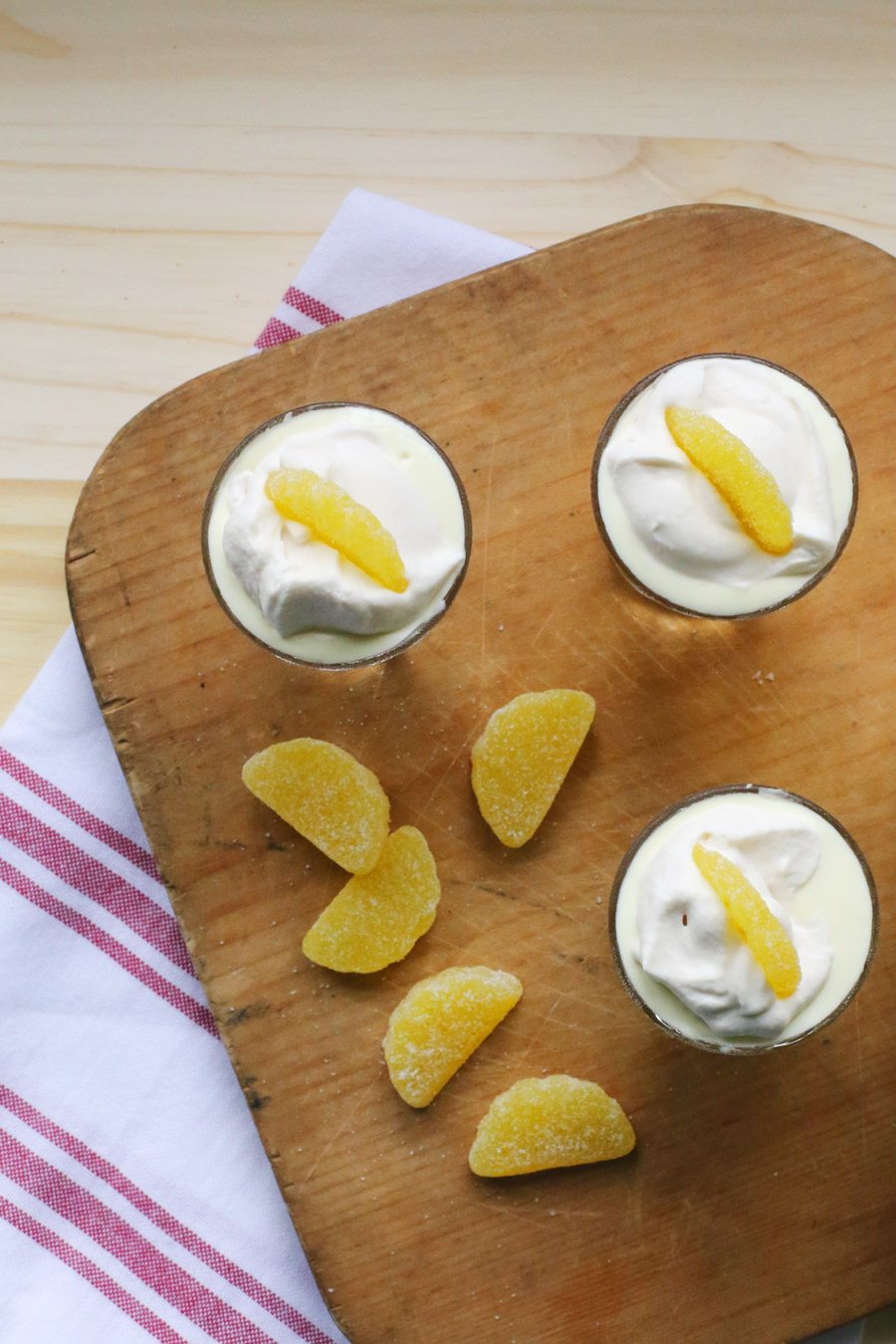 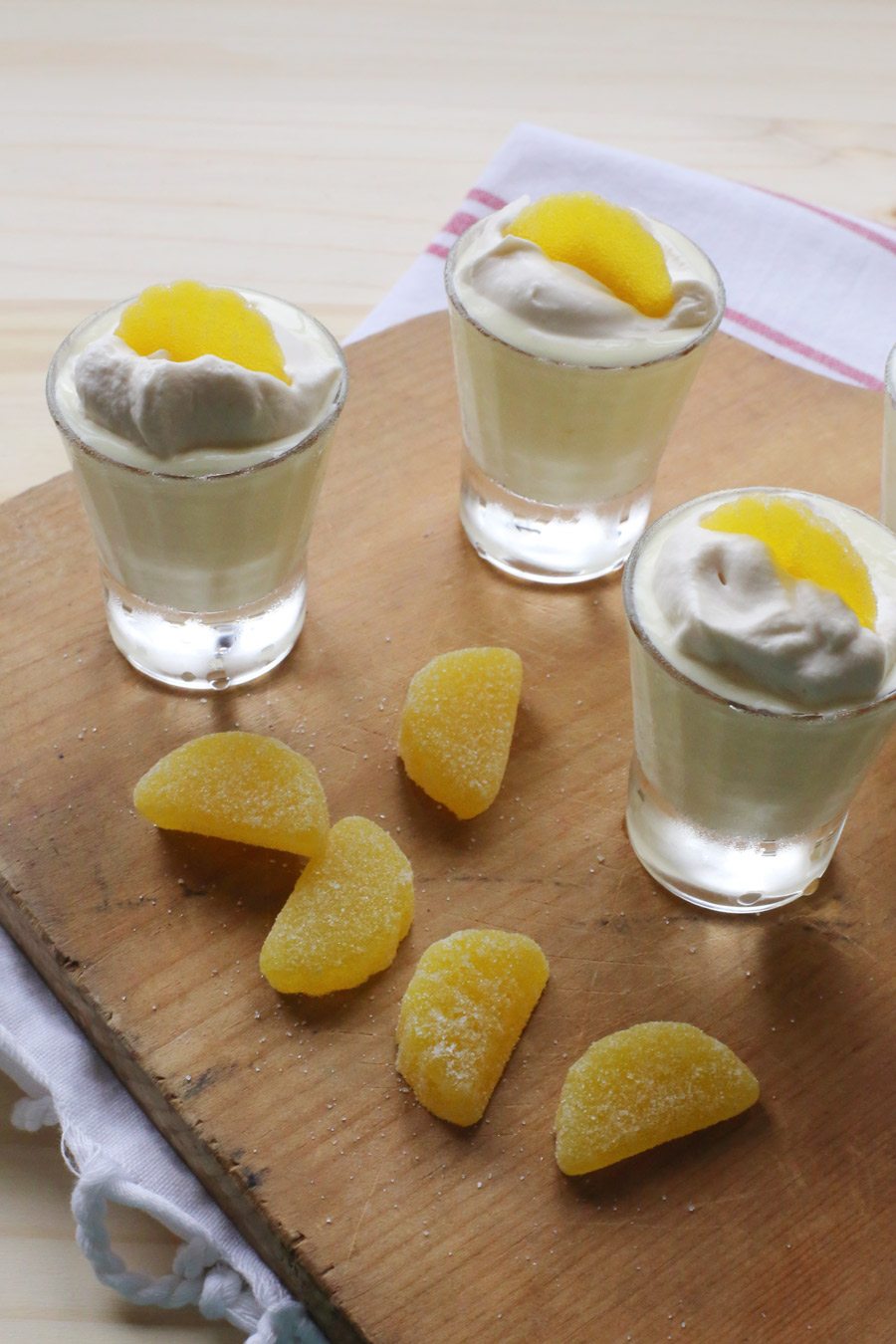 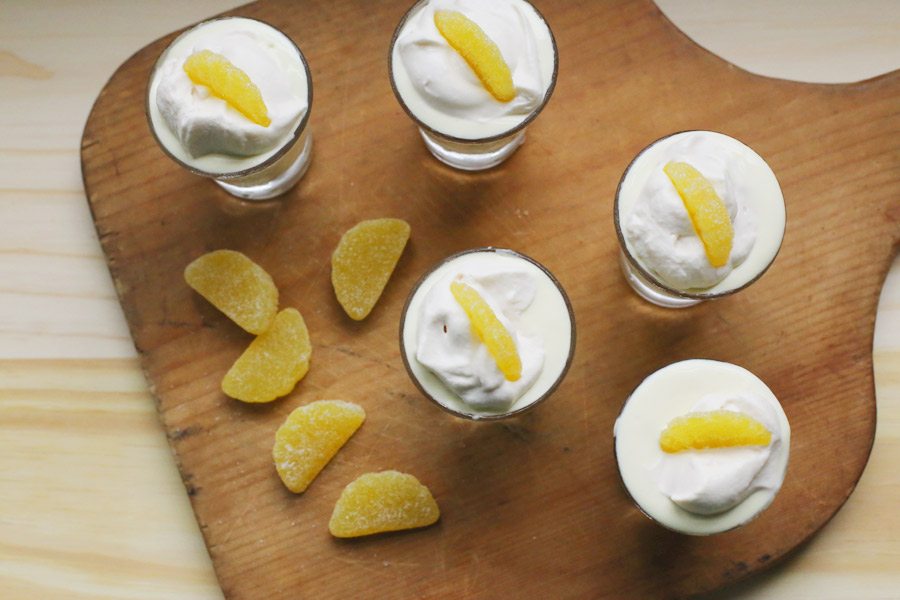 How to Make Pudding Shots

Making pudding shots is just as easy as making a traditional instant pudding mix, with a few small changes. Be sure to note the amounts of milk and vodka in the recipe below before mixing. 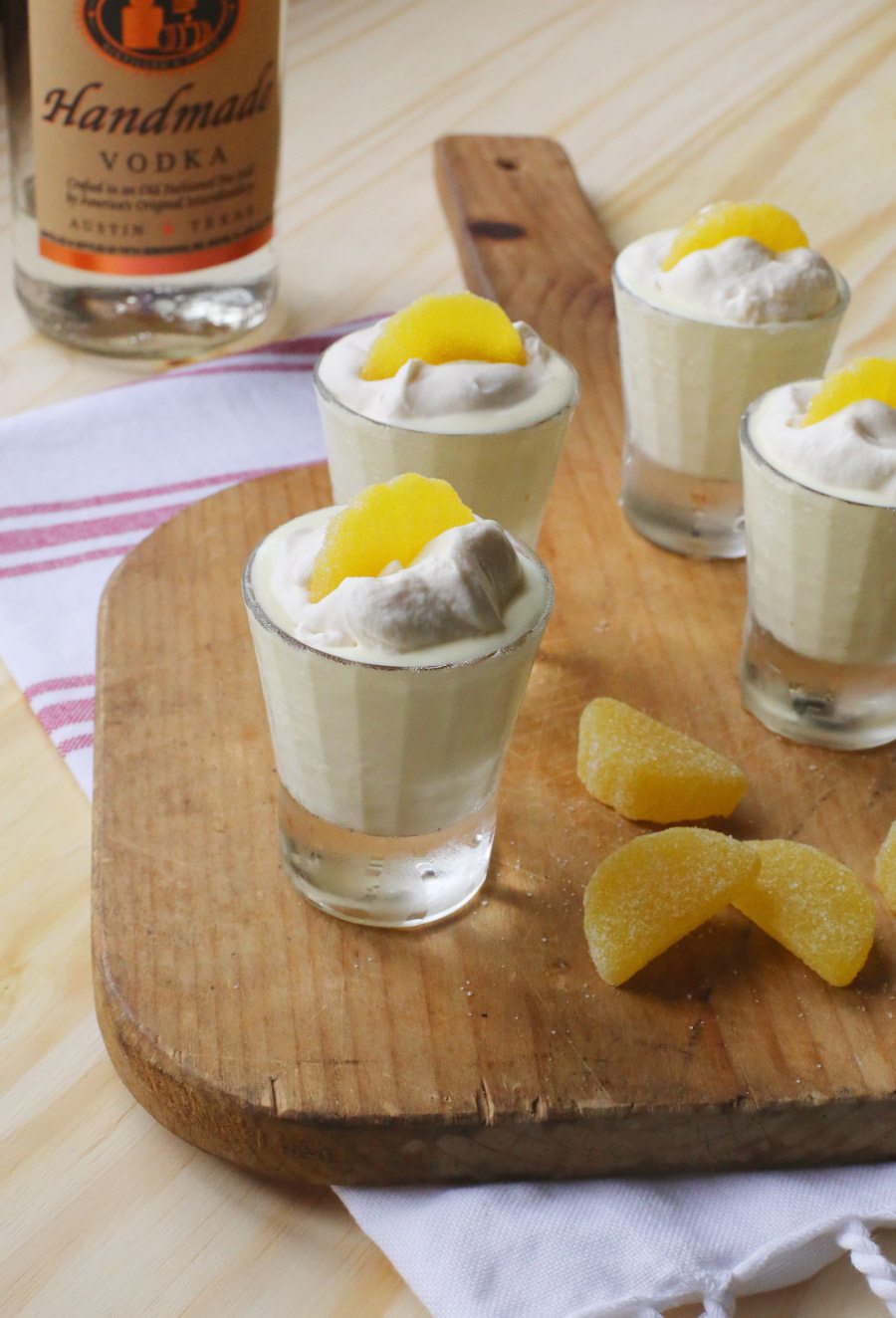 I don’t know what it is about these little things but they are some kind of amazing. I also love the strawberry cheesecake pudding shots that started my pudding shot craze.

My s’mores pudding shots are also pretty amazing. You can also make them without alcohol as a fun family-friendly dessert, too.

In general, these festive little shooters are always perfect for serving up on a platter after dinner at a summer barbecue or any party or holiday celebration. 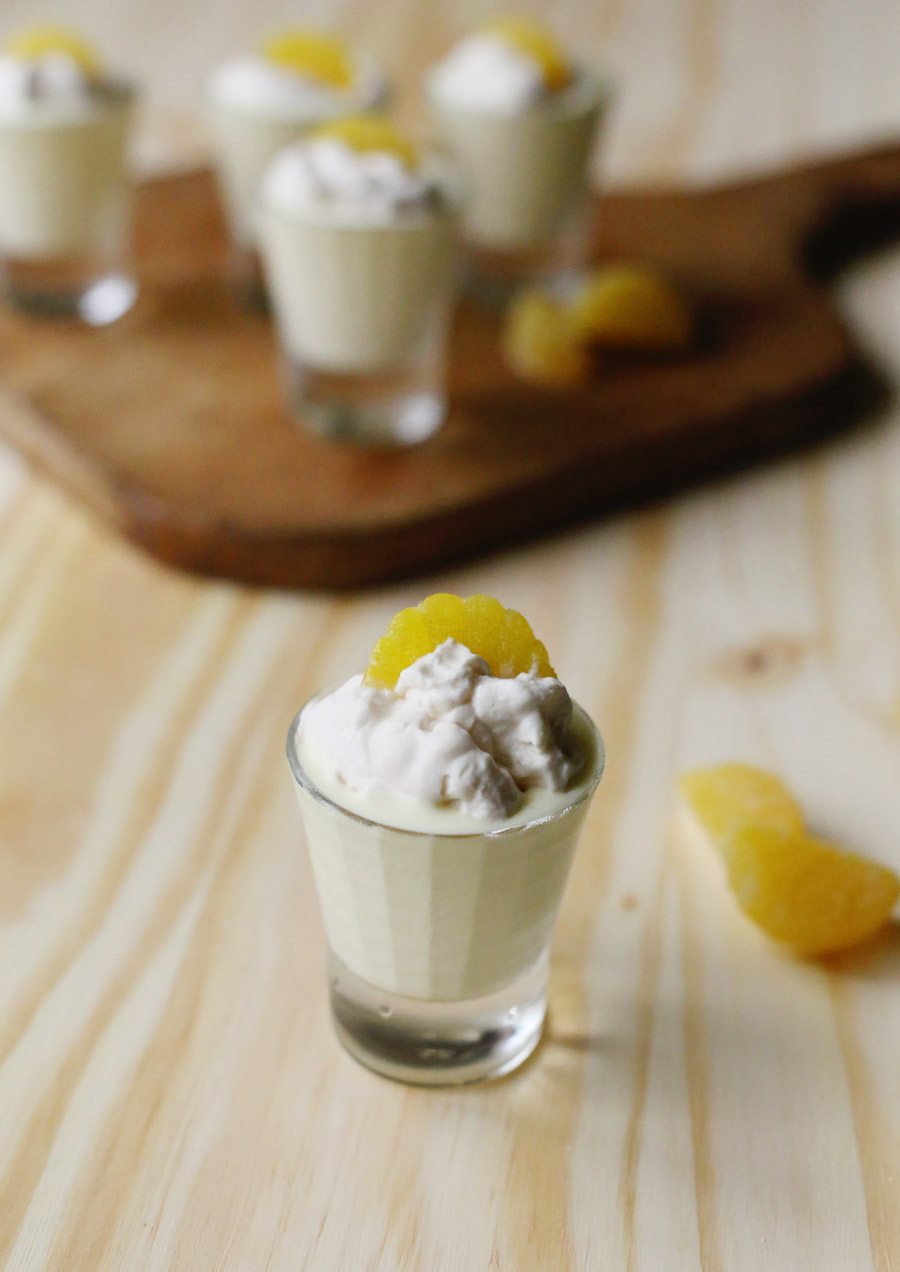 Do You Freeze Pudding Shots?

I suggest that all pudding shots be chilled in the freezer for at least 30 minutes to help them firm up. This gives them the best, creamiest texture.

With these lemon drop shots, I prefer them frozen as they take on a delicious ice cream-like consistency that is really incredible.

Additionally you can make them ahead and store in the freezer to enjoy whenever you like or to prep them in advance for a party.

[Recipe + photography by Cyd Converse for The Sweetest Occasion.]

Hi!!! I have Coconut Rum. Would that work instead of Vodka?! Obvious flavor change but would you ever? 🙃

Yes! I think that would be delicious!

How many does this receive serve/make?

Can you freeze the Iemon drops pudding shot desserts

You sure can, Di, and they are AMAZING that way!

These look creamy and delicious. It would be a nice refreshing shot to start out desserts with!