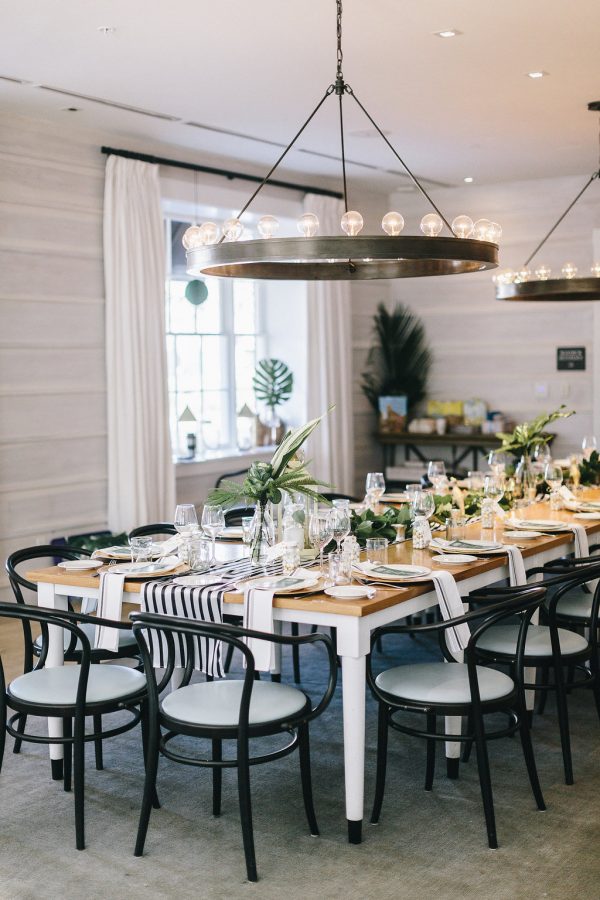 Way back when I first shared that we were expecting a little one, I also mentioned that there seemed to be a bit of a baby boom going on all around us. Today I’m thrilled to keep the boom alive with the baby shower of Andrea Harper of Gray Harper Event Maker! Andrea is not only a longtime friend around here (she’s contributed loads of great cocktail recipes and DIY ideas over the years), but she’s also a wonderfully talented event designer and her shower left no detail to chance. I can’t thank her enough for sharing her gorgeous celebration with us! 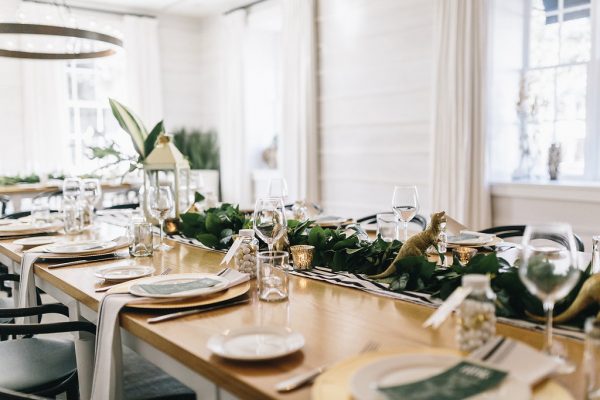 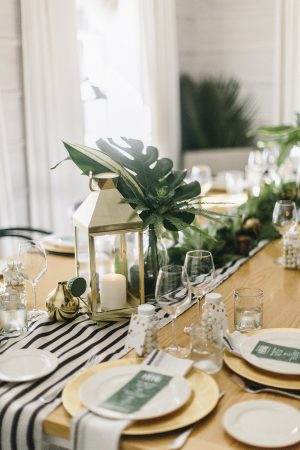 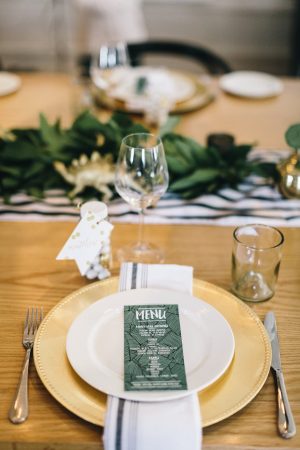 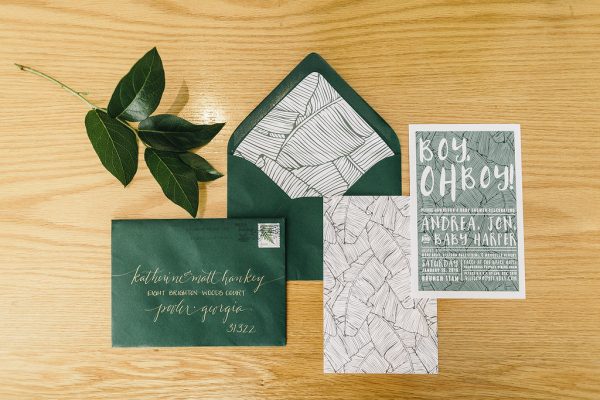 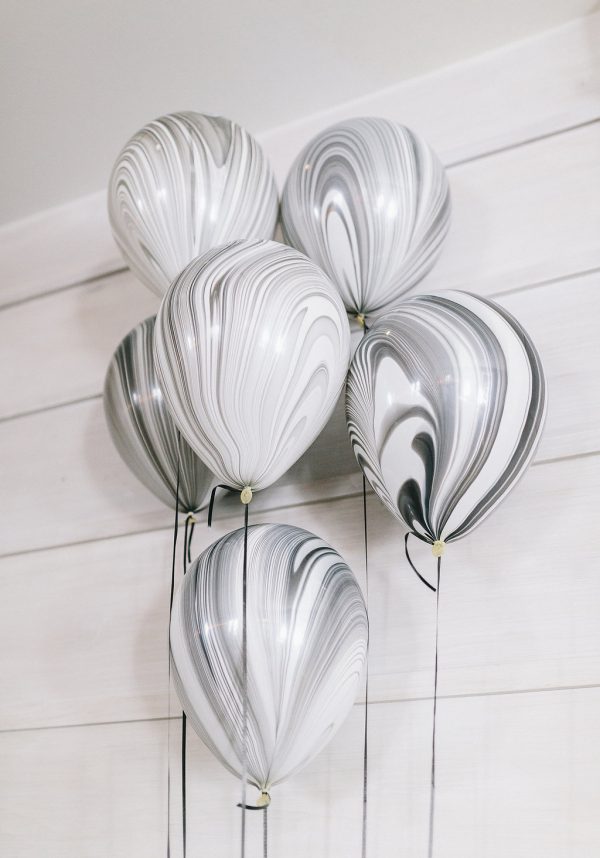 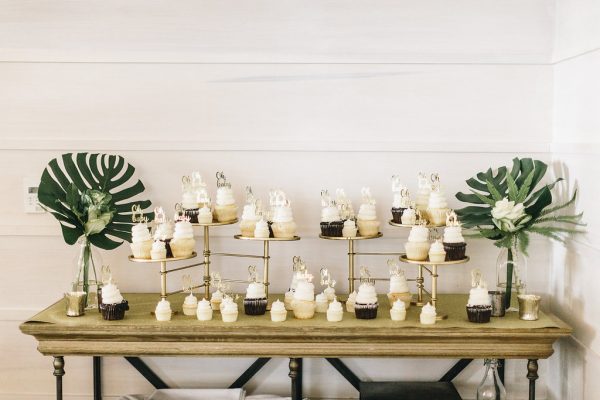 Andrea’s stunning and tropical inspired shower was planned in part by her good friend Allison Palestrini of Type A Development and was held in a gorgeous light-filled private dining room at Pacci. They hosted a sit down lunch with mimosas, bloody marys, flat breads, chicken, beet, and mozzarella salad, sandwiches and lemon ricotta pancakes. The color palette of black, white and gold mixed with loads of beautiful greenery evoked a sophisitcated tropical feel, which was highlighted by the floral arrangements that Andrea’s team put together the morning of the shower. Another of Andrea’s close friends, Samantha Sanford, designed the stationery, while Meredith Stroud of Lowcountry Paper Co. added the finishing touch to the envelopes with her beautiful gold calligraphy. 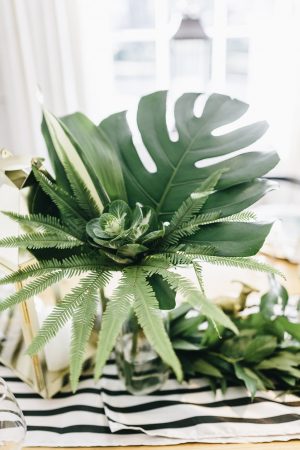 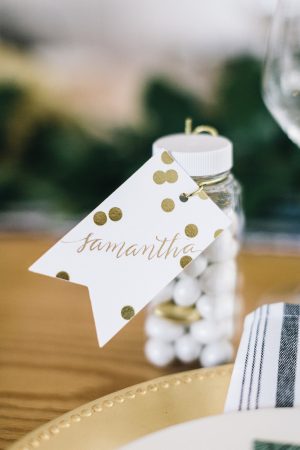 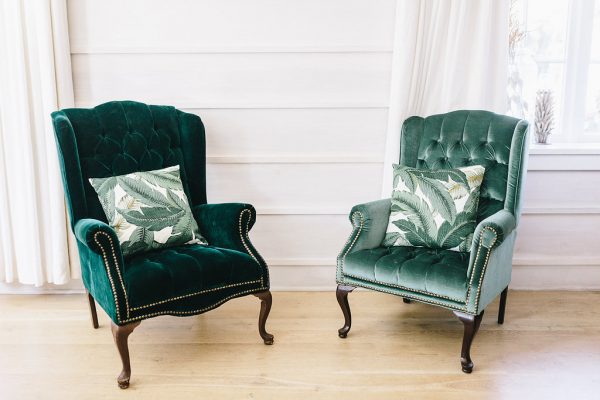 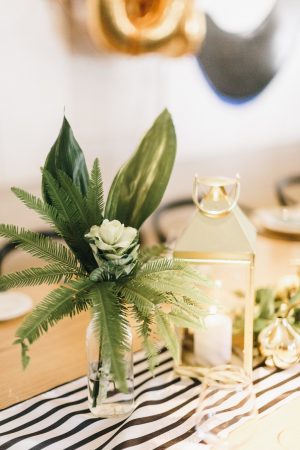 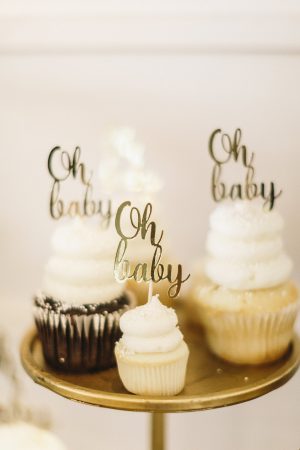 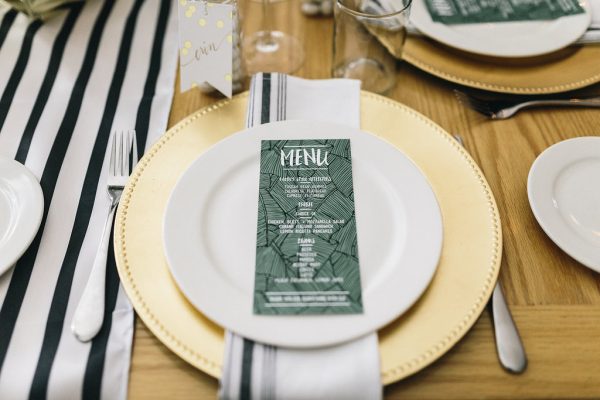 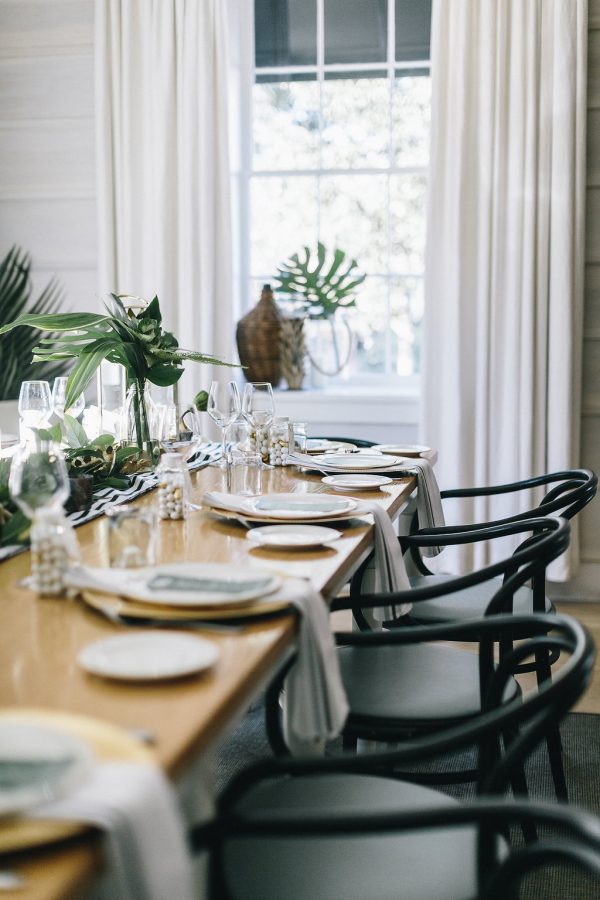 Andrea and her mother assembled sweet little favors,  small bottles of iridescent ivory and gold jordan and chocolate covered almonds. They also ordered cupcakes from Gigi’s, and had them sprinkle on edible gold dust in keeping with the day’s color palette. A pair of stunning emerald chairs from Savannah Vintage Rentals were used as the focal point of the festivities while opening gifts and the day was all captured by Mackensey Alexander Photography. With an A-list team of friends and vendors combined with the excitement of the little guy’s upcoming birthday and you have one heck of a celebration on your hands. 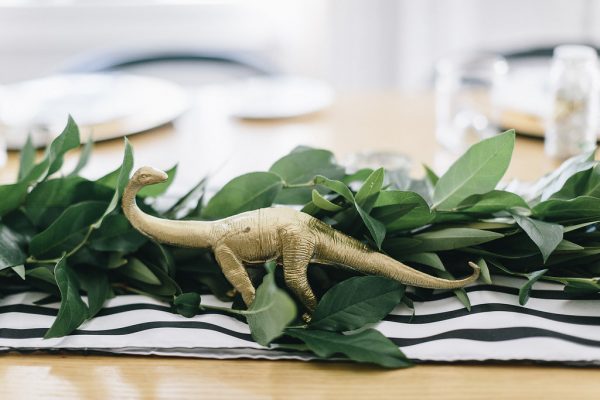 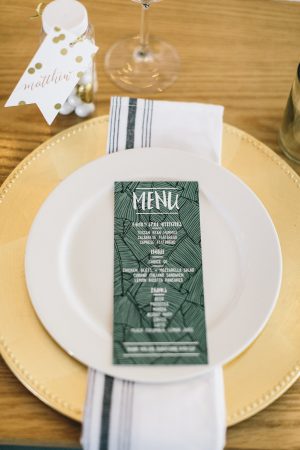 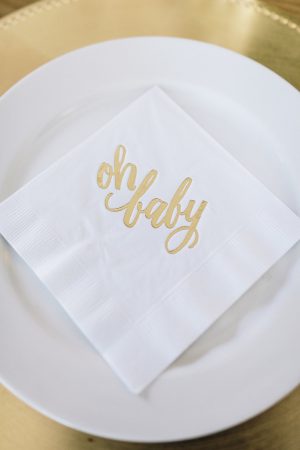 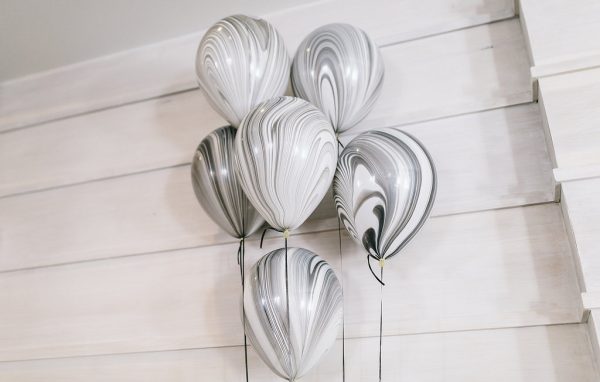 I adore the chandeliers in the first photo... any chance of knowing where they came from? :)

Hi Lindsay! I will reach out and see if I can source the chandeliers for you. Aren't they gorgeous? xoxo

Absolutely stunning! I'm dying over those grey and white marble balloons. So cool!

The most lovely baby shower! I love all the greenery and touches of gold and black! So elegant.

Thanks so much for sharing Cyd, it was the best day and we're so grateful for everyone involved!

Those balloons are gorgeous! I am so in love! Kari www.sweetteasweetie.com