For my final post of 2011, I thought I would switch things up and get a bit personal. I don’t usually talk in great detail about my personal life, but I’ve been feeling a need to write this post so I thought I’d just go with it and let you in a little bit on my personal reflections of the year that was 2011. I remember at the end of 2010 looking forward to 2011 with such fervor. 2010 was a tough year. I lost a lot of people I loved, attended far too many funerals and struggled through more “grown-up” problems than in any year to date. Never in my wildest dreams did I imagine that 2011 would prove tougher yet. I can say, unequivocally, that 2011 was both the most trying and the most beautiful year of my 28 years on this earth. Saying goodbye to 2011 is actually a bit bittersweet. I am so excited for what lies ahead, but 2011 was also a year that brought me great joy and great growth coupled with great struggle and great heartache. 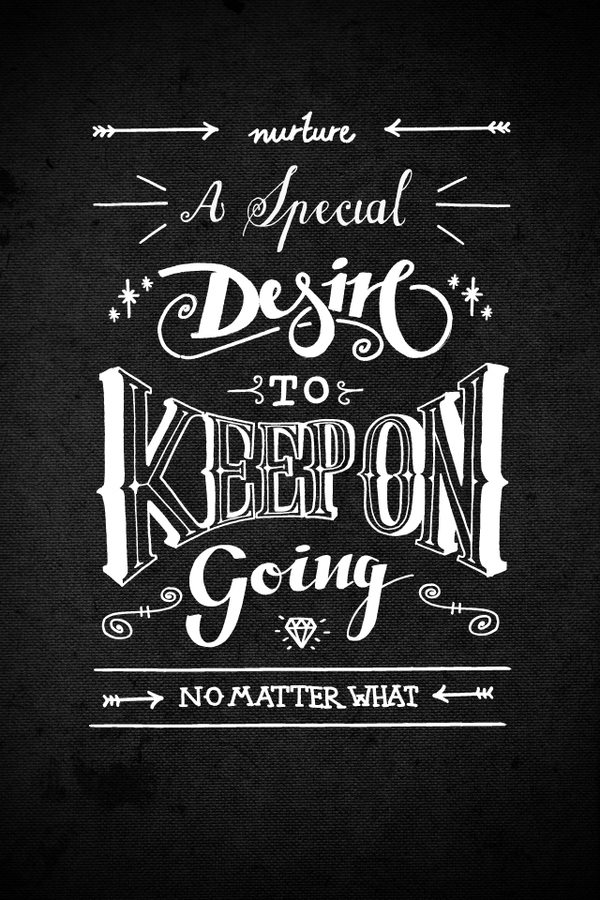 [Illustration by Jon May via Typography Served.]

I never intended to publicly talk about this very private part of my world, but somewhere recently I read a description of bloggers comparing us to sparkly pink unicorns. Basically, somewhat unreal fairytale-like creatures that people associate with glitter and happiness and only the best of luck en route to happily ever after. The analogy actually made me chuckle, because even as a full-time blogger I have the tendency to believe that other bloggers lead the most idealized existences. So I thought maybe I would get real for a few moments and open up about the not-so glittery parts of my life. Maybe for those of you who have also had a tough year it will give you hope to know that we all go through heartache, but with love and perseverance we can all come out ahead. Stronger, wiser, better, and happier. So here goes…

While in the midst of many other personal and professional changes and trials, this summer my husband and I made the painful decision to end our marriage. I won’t clutter your brain with the messy details, but suffice it to say it was a decision reached after much personal reflection, contemplation, discussion and struggle. A decision that has ultimately resulted in my relocating twice in the past three months, the most recent just three weeks ago. To say my world has been uprooted would be the understatement of the year. I started writing this blog over three years ago as we were planning our wedding and, quite ironically, it has continued as my happiest outlet in the midst of some of my darkest days. The decision to move forward in this way was, hands down, one of the hardest, scariest and bravest things I’ve ever had to do. My soon-to-be ex-husband is a wonderful, caring and incredibly special person. Realizing we weren’t going to be able to make each other happy for the long haul was an immensely tough pill to swallow. Not to pay homage to celebrity publicists, but our split has been as amicable as such a thing can be and we’ve remained committed to staying friends as we work through the legal details. No matter, it has still been a roller coaster ride of emotions over the last several months. No one gets married expecting it be anything other than til death do you part. Even when you know it’s the best decision for both of you, it’s still tough to make peace with that failure. Even when you know it’s the best decision for both of you, it still knocks the wind out of your sails and makes you question so much about yourself and about life.

I can now say that I am at a point where I’m at peace with how things have turned out and the new direction my life is headed. That said, lest you should be fooled, I will admit there were days when blogging about other people’s weddings and happiest occasions and seeing the sheer joy on their faces made me want to break. Or planning and attending weddings for clients? There have been days when it has felt absolutely impossible. Luckily, I have the most tremendous support group and some of the best friends a girl could ever hope to have. On the days when I felt like I couldn’t push through, they helped pick me up by my bootstraps and keep going. They reminded me how much I love what I do, how much talking about glitter and parties and life’s happiest moments feeds my soul. And every day I’ve fallen more in love with this beautiful little blog I get to call my “job” and in that I have found so much joy and so much hope. If nothing, this year has only made me even more passionate about what The Sweetest Occasion is all about – celebrating life and love with a little bit of sparkle and a whole lot of laughter.

In the midst of the craziness that was 2011, I also found the most incredible love. Love that has changed my heart and made me a far better and stronger person than I was before. From a best friend, the greatest guy I know, who knows me for all my strengths and all my weaknesses and loves me just the same. From the world’s best parents who have supported me in all of my decisions, even the crazy ones I’ve made this year, and who never leave me hanging. From a sister who may just be the single greatest little sister to ever walk to the earth and who always answers my middle of the night phone calls when I’m melting down. From the greatest extended family who always comes together when the going gets tough and who look out for me at every turn. From friends near and far who never let me go too long without a call, an email or a text to let me know they’re there. Such incredible love. It makes me cry just thinking about the generosity of love and spirit that has been poured on me in the last many months.

Not to dwell on only the hard parts, 2011 is also the year my little girl dreams came true as I took a flying leap into full-time entrepreneurship. I had the opportunity to collaborate with countless creatives that I admire so greatly. This little blog received more attention from major media outlets than I ever dreamed possible. Even more lovely readers discovered The Sweetest Occasion and paid me the unbelievable honor of reading daily, commenting and making every gray day I’ve waded through a bit sunnier. I took on two contributors, Chelsea and Jenny, and while it was a scary step into the unknown it has proven to be one of the most rewarding decisions I’ve ever made. And in the process, I’ve made two incredible friends in these immensely talented women whom I know I’ll call friends for a lifetime. I shattered most of the goals I set for myself in late 2010 as I headed into the year and doors were opened that I never even knew existed. It has been a whirlwind. An incredible, scary, rewarding, trying, happy whirlwind. I could not be more grateful for all 2011 has brought me, even the ugly parts. Or maybe most especially the ugly parts. Because I am starting 2012 the strongest I’ve ever been. I still have a long road ahead to get back to the point where I’m not worried about each step crumbling underfoot. But I know I can handle whatever comes my way. And knowing that, believing that, it’s the greatest gift imaginable.

So here’s to 2011. The amazing parts, the joyful parts, the hard parts, the scary parts. It’s been one hell of a year and I, for one, can’t wait to see what 2012 has in store. Bring it on, world. I’m ready. Thank you all for sharing in my days and bringing me more joy than you imagine. Your comments and emails have uplifted me more than I can ever tell you and I’m so grateful to count my readers as very special friends. I wish you all a beautiful new year that is brimming with joy, love and peace. I’ll see you in 2012! xoxoxo

Editor’s note: And yes, this crazy year of mine explains my obsession with motivational quotes for those of you who have been following along on Pinterest.

Cyd, I have had my head so far up my you-know-what this school year that I haven't been reading blogs and have just been generally oblivious. I was just thinking about you and saw something on your fb that referred to this post. I have so much respect and admiration for you--in every way possible. Much love.

Wishing you nothing but the best in 2012, Cyd!! I know it will be wonderful for you. Thank you so much for the inspiration you bring to all of us and the love you put into your blog. :)

I'm not a regular reader, but was lead here by Hingsight Bride, Christie.

Sharing the heart on a blog is a difficult thing to do. I struggle with it all the time - how much to share, keeping it light, snarky, whatever. I understand what a challenge it could have been to write this kind of post.

However, I do believe that in doing so, as with anyone who writes with and from the heart, it brings peace to the writer and relief to the readers. Relief in the knowing that others face the same challenges we do in our love, work, health, finances, etc. Everyone feels less alone in their struggles and that is a blessing.

No, we are not sparkly unicorns and that is WAY OK.

Thank you so much for sharing.

I really can't express in words my gratitude for all of your love and support. You are all so amazing and have filled my heart with such hope and happiness. Thank you so so much. It means more than you'll ever know. I am just overwhelmed, in the most beautiful way. xoxoxo

Oh Cyd, you are such an inspiration to so many people out here, or there, or wherever it is all of us sparkly unicorns may be :) And so many of us have never even met you in real life. I think often when we press forward, and show courage in the face of tough, gut-wrenching, and challenging times, we come out on top. And we emerge as more beautiful versions of ourselves; on the inside. Here's a giant hug from me to you. Glitter and all xoxo