Here’s the thing. As a blogger, I have totally failed you. I went to Alt bound and determined to take no fewer than 1037 photos for you. (No clue where that number came from, it just sounded good.) But see, then I got there and, like usual, the abundance of friends with whom to hug it out and the constant sparkle of sequins and confetti basically took over all intention to document things in a proper fashion. So today, I am bringing you Alt Summit in Instagram style, as I do. 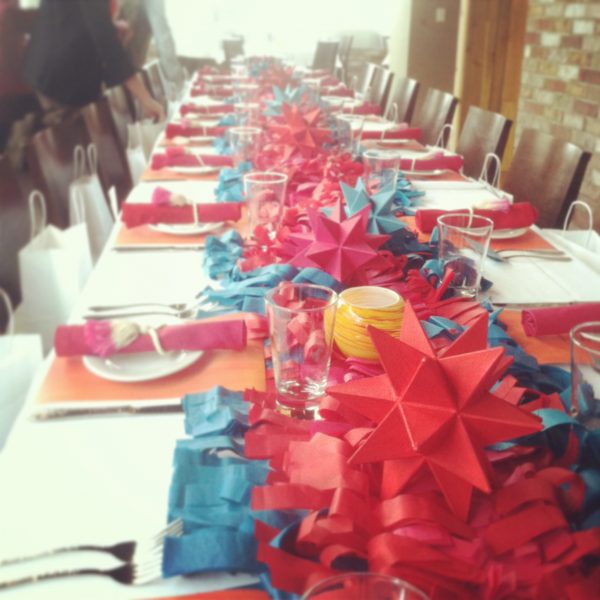 Alt kicked off by running around Salt Lake with some of the coolest girls I know (namely Jenny, Lauren and Sharon) decorating for a couple of the meet-and-greet dinners that took place on Wednesday night. A flurry of brightly colored fringe and a smattering of polka dots later and we basically left ripples of fabulousness in our wake. (We know no other way.) 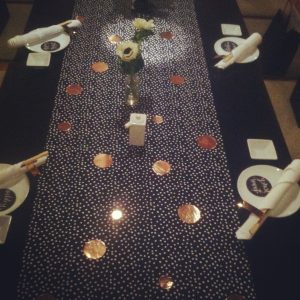 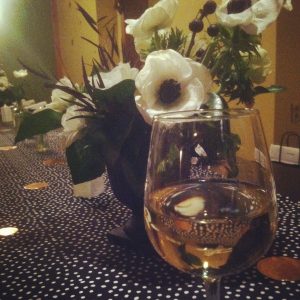 At this point, things basically became a blur. I took a lot of notes. I gave a ton of hugs. I got all caught up in the moment and failed to drink nearly enough bubbly. I handed out and received in return too many business cards to count. I consumed too much coffee. (Nothing new there.) I marveled at the amazing spirit and talent contained within this amazing community of design bloggers. I thanked my lucky stars a few times to be doing work that makes my heart happy, that feeds my soul, that allows me to call so many incredible bloggers my friends and in, a sense, my family. 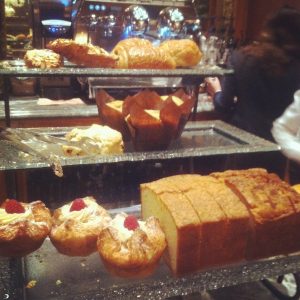 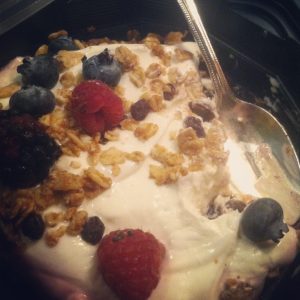 If you wanted to know, The Grand America has amazingly yummy things to gobble up. This yogurt, oatmeal, fruit concoction was my breakfast two days in a row and it was stupidly good. If you were at Alt, there’s a good chance you heard me raving about as much. 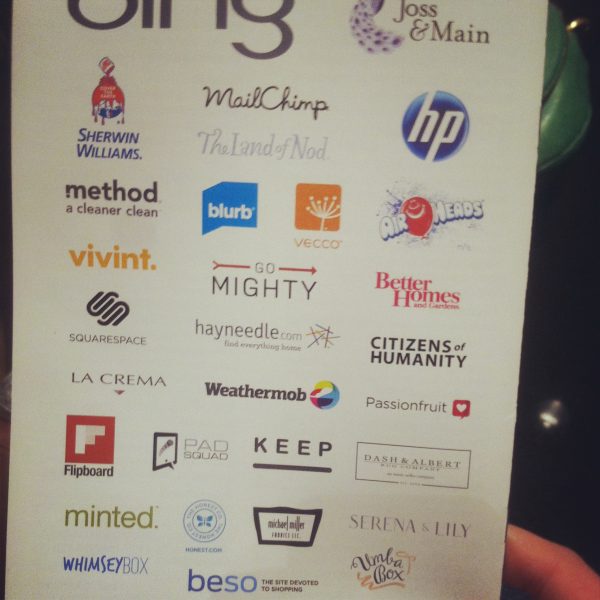 Alt as we know it would not be possible with the contributions of some pretty amazing sponsors. You can see the full list of conference sponsors on Alt’s site. 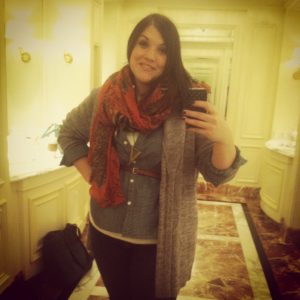 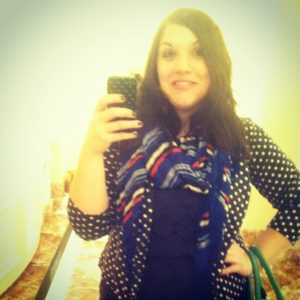 Here’s a look at my conference day outfits. (You know, if you’re into that kind of thing.) There was kind of an abundance of chambray, polka dots and boldly patterned scarves, which is just alright by me. It’s how I do. (Ok if we’re being for real over here, most days I blog in yoga pants and bare feet, but when I leave the house, it’s usually looking something kind of like this.) 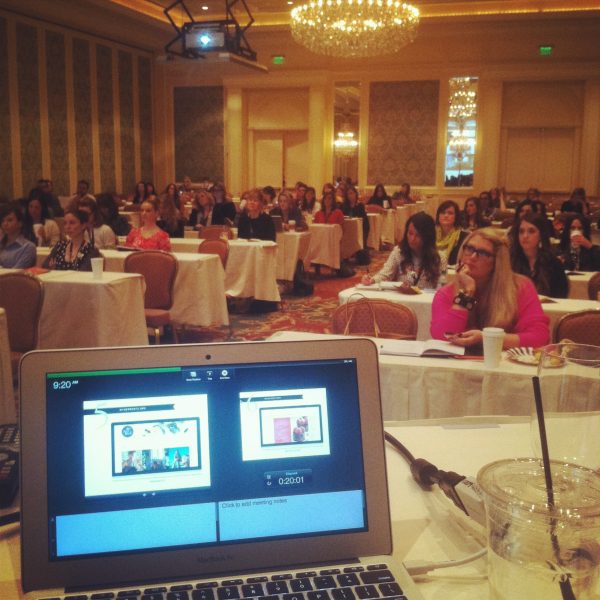 On Friday morning, Nathan Williams of Kinfolk, Promise Tangeman, Vivian Mansour of ish & chi and I hosted a panel discussion highlighting the top up and coming blogs. Here’s the view from the speakers’ stage! It was so fun to look out and see so many faces that I know but don’t get to see often enough. 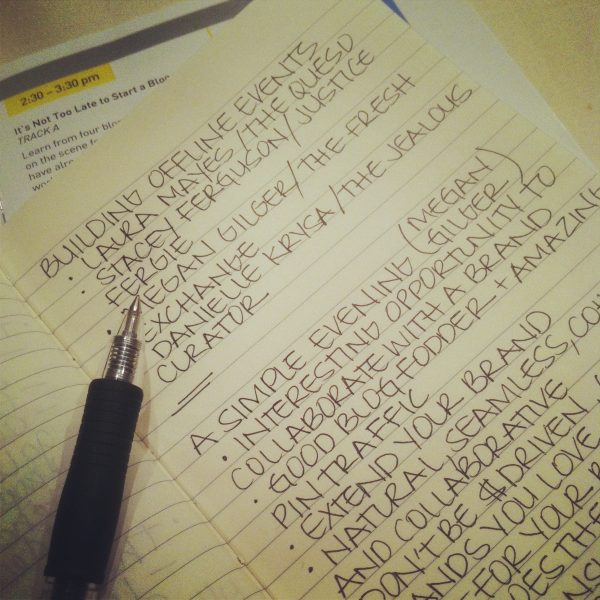 And then I took some more notes. I’ve used the same notebook at every Alt I’ve ever attended so I have all of my trusty tidbits tucked into one place so I can look back as often as I like and remind myself of the things I want to do and accomplish and the ways I might get there. 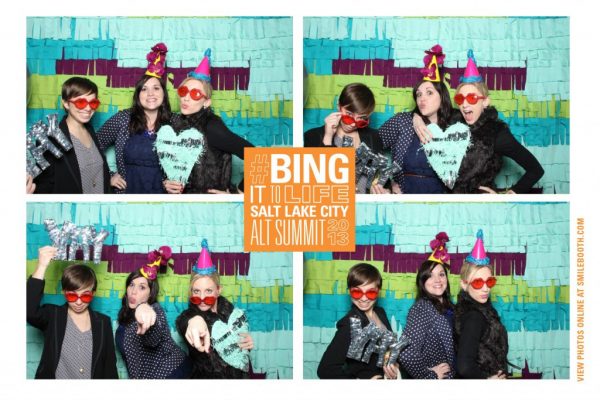 Oh, I hammed it up in the Smilebooth sponsored by Bing with my girls from Babble. I love getting to work with them and seeing them at Alt and sharing good girly quality time was basically priceless. A highlight of the week for me! 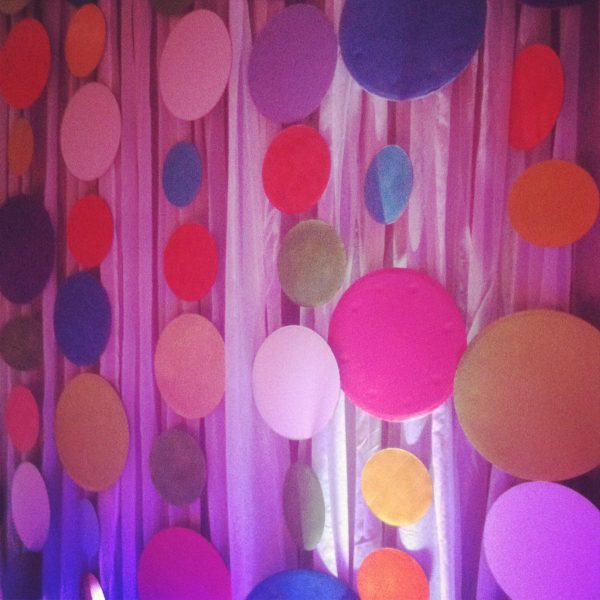 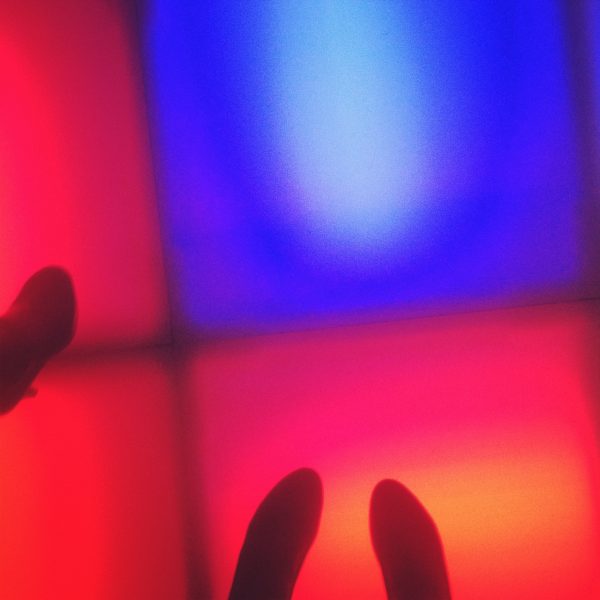 Alt is famed for amazing parties and this year was no different! From walls of giant confetti to rainbow-colored dance floors and bloggers decked out in as many sequins and feathers as they could muster it was fairly well awesome, as was to be expected. And that, friends, was my Alt Summit in a nutshell. It should probably go without saying, but I’m already excited for next year!

Oh man! I totally missed the amazing yogurt concoction! But I DID get to listen to your lecture on the best up-and-coming-blogs and I loved it! Actually, you can see me in the photo- I am the blond on the left with the red scoop top.

Thanks doll, The Glamorous Housewife