In an effort to keep it real, I’m going to break it down for you today and share this project with you. Even though it failed quite miserably and I decided to walk from it and have another cup of coffee instead of dealing with it like a good little blogger would. (Because sometimes/often/always I find coffee is a really good solution to a lot of things.) Ready to hear a funny story? Good, because I’m warning you that there are no pretty styled photos accompanying this post. Just a good ol’ fashioned DIY fail. 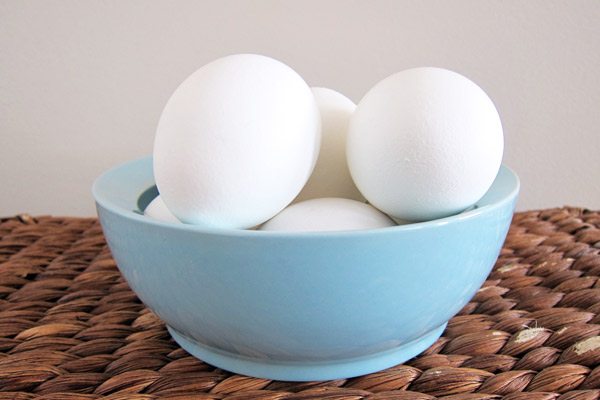 Yesterday Jenny wrote a really great post about the time that goes into creating DIY projects for online editorial and girl is not wrong. It’s time consuming and sometimes it’s just outright exhausting. But see, I really really wanted to make some Easter eggs for you. Despite having just moved and having traveled more already in 2013 than I ever usually have at this point in the year (as in it’s March and I’m already at something like 12 or 13 flights), and generally being in a constant state of juggling over here at the moment. The first week of spring has brought loads of snow and  squashed my plans to shoot a whole bunch of awesome DIY projects as intended this week. But, lest I should be a lazy little blogger, I was going to make you some eggs, damnit. 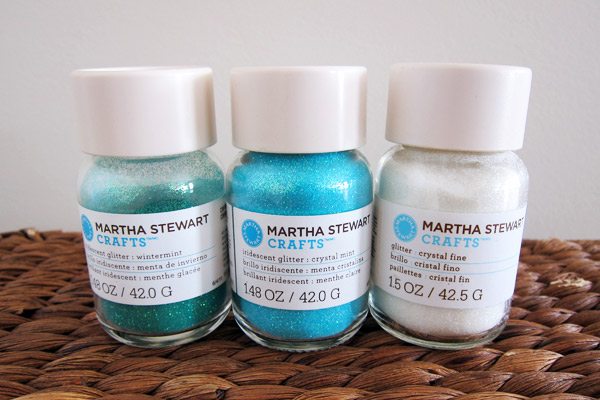 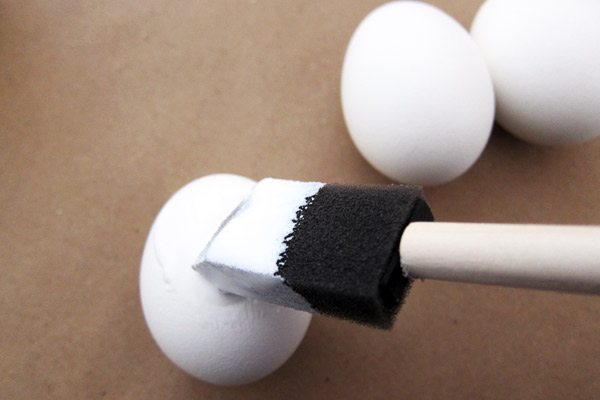 I slapped a coat of ModPodge on my eggs. And I’m rocking out to Pandora and generally having a grand time. And then it all went downhill. 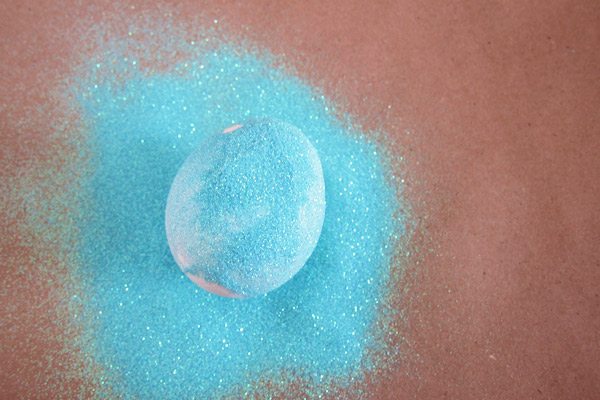 On goes the glitter. And as is my usual MO, I just dumped the stuff right on there. I was getting excited, it was looking pretty. And then? Then not so much. It got sort of gloopy and clumpy and it was obviously not going to give me the smooth all-over coverage of glitter glee I was looking for initially. I played with it a bit. And then you know what? I just didn’t care. So I laughed it off. I washed the glitter off my hands. And I made that cup of coffee. 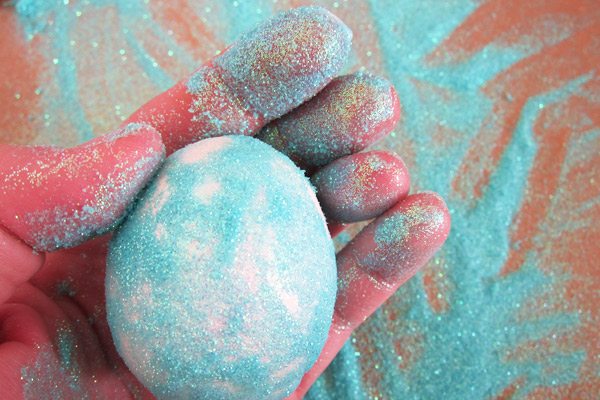 See? What could have been awesome is not so awesome. By now you may be wondering why I’m sharing this with you considering it’s a far cry from my usual DIY posts. But honestly I felt like you should know that this is how it goes. For every perfectly styled and executed DIY tutorial I share there’s usually another one that didn’t make the cut. Or the ones that do make the cut? Sometimes I have to try what feels like 27 different techniques to nail one that achieves the look I’m going for and that I feel you’ll reasonably be able to replicate on your own. (You know, without the 27 attempts.) My boyfriend will tell you, it’s not uncommon for me to be up into the wee hours of the morning the night before a shoot trying to perfect things. And today? Today I was over perfection and I wanted coffee. So this is where we’re at. 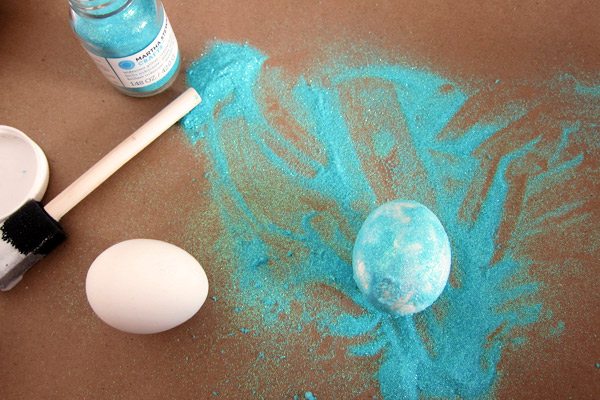 Want to know a little secret? As I am writing this, those eggs are still laying there in a pile of their own glittery disappointment. And I’ll probably find glitter in my hair for days. (Which I secretly find awesome, I admit.) Now if I were going to give this another go (which, I’m not, mind you), I would definitely use a glitter with a larger size particle. I happen to have a ton of a this shimmer glitter with teensy glitter grains and I wasn’t thinking it through when I grabbed these colors. They don’t work, so if you want to give this a try at home, go larger. Also, I realized halfway into it that the particular jar of ModPodge I grabbed was kind of old. I’m now going to toss it out, because I feel it’s partially to blame. And if you still want some pointers? I’d suggest popping over to Pinterest where I have loads of pretty eggs pinned because clearly these people are doing it better than me and you should be looking to them for guidance here. 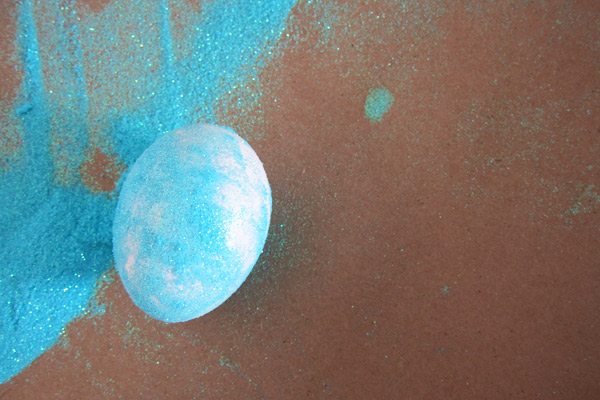 All of this to say, if you want to skip the fancy Easter eggs I personally vote that you do. I won’t judge you for buying an egg dye kit at the store. And if you hate hard boiled eggs? Then seriously, just buy the chocolate kind. I give you permission.

I love a good fail post. Most of my projects have failure somewhere along the way, so if I didn't post about them I wouldn't have much to talk about!

I've glittered a vase, but I mixed the glitter with the modge podge before painting it on. You get a smooth finish.

HA this is why I adore you Cyd! I don't even admit my failures, I just post them, and then look at how SAD they look! Sometimes I think I will never get what is in my head into a photograph!

I love that you posted this. Bravo to you! I'm currently going through this right now!! I have round-two sharpie decorated porcelain egg cups cooling in the oven and I'm calming the stress of the them failing, again, by drowning myself in a big cup of coffee. Thanks for keeping it real! The pics are still gorgeous! Lou xx

I LOVE this. Thanks so much. Whenever I try to do a new DIY craft for my blog, I'm always in this test trial phase before it actually gets to the real post. Sometimes it may take a couple of founds to perfect it.

Thanks so much for showing this. It's nice to know that I'm not the only one where it doesn't come out perfect the first time!