After spending Sunday afternoon lounging on the beach and splashing around in the ocean before flying back home to New York early Monday morning, I basically have zero interest in anything other than sitting on the beach this week. In reality, it has been rainy all week and I’m up to my eyeballs working on recipe testing, crafting and shooting for a few deadlines, so the beach? I’m far from the beach at the moment. That said, I couldn’t resist sharing a handful of the cutest pom-pom inspired beachy DIY ideas today! Pin these ones, friends, because they’re so so good. All the pom-pom things for the beach! Totes, bikinis, and cover-ups, oh my! 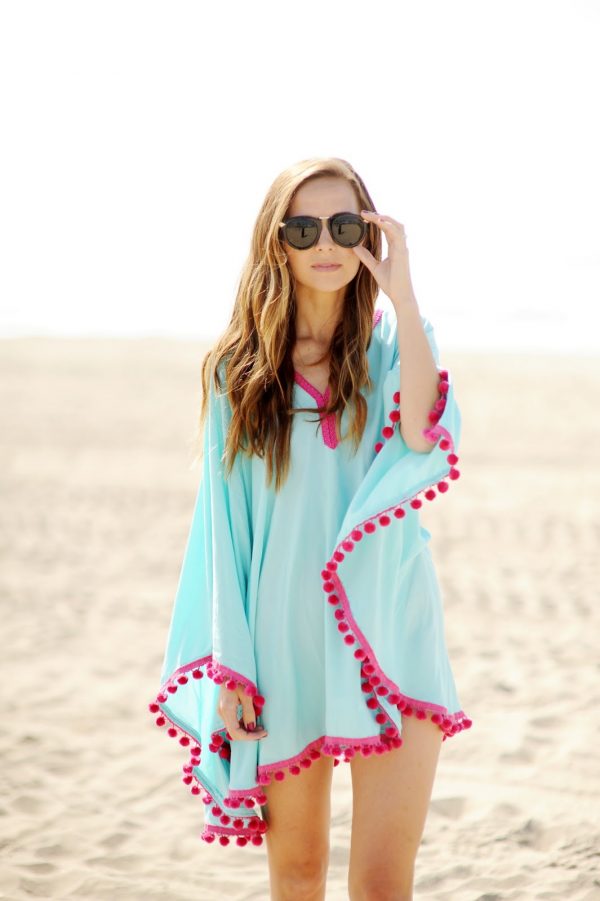 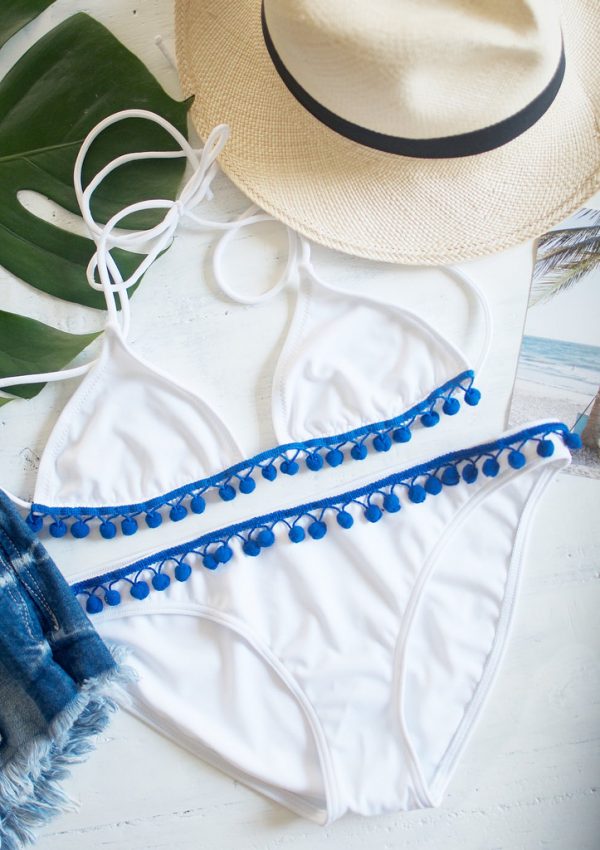 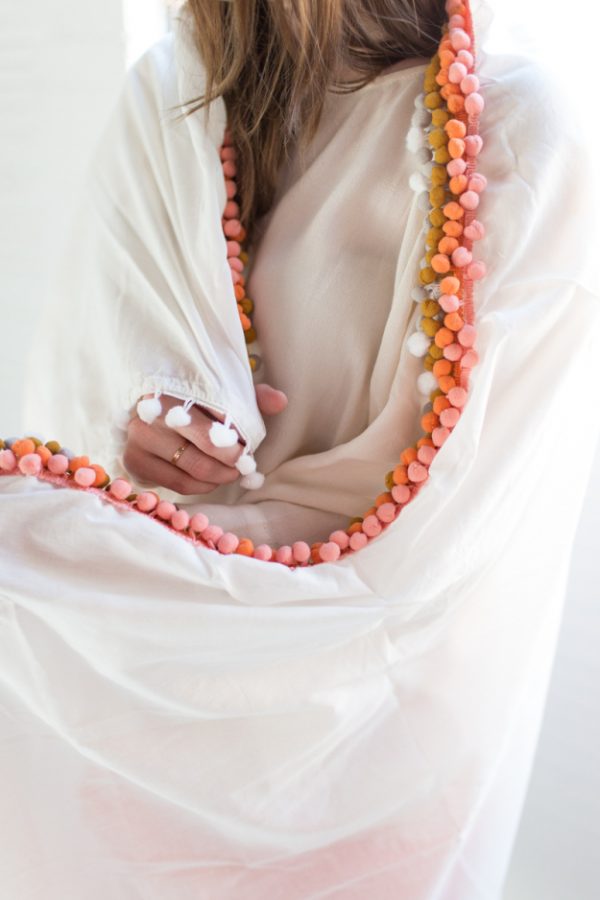 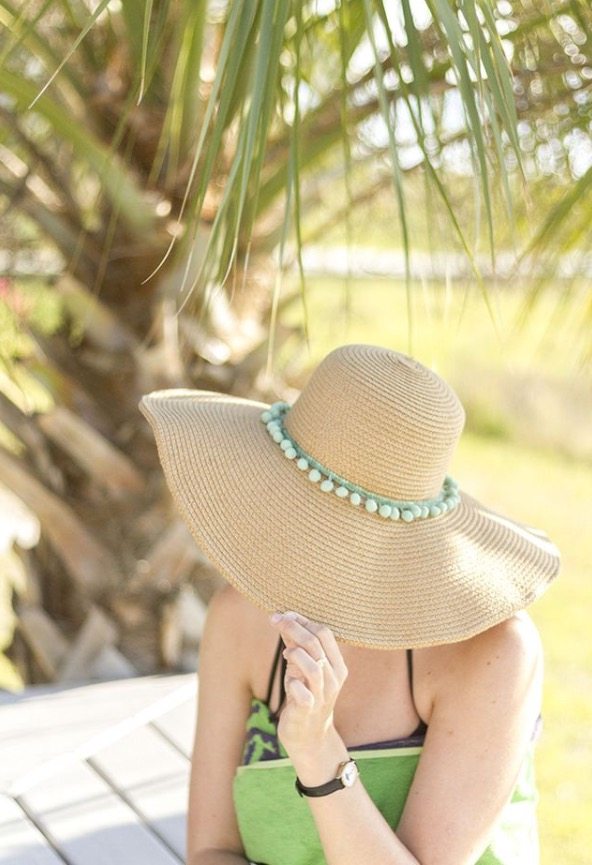 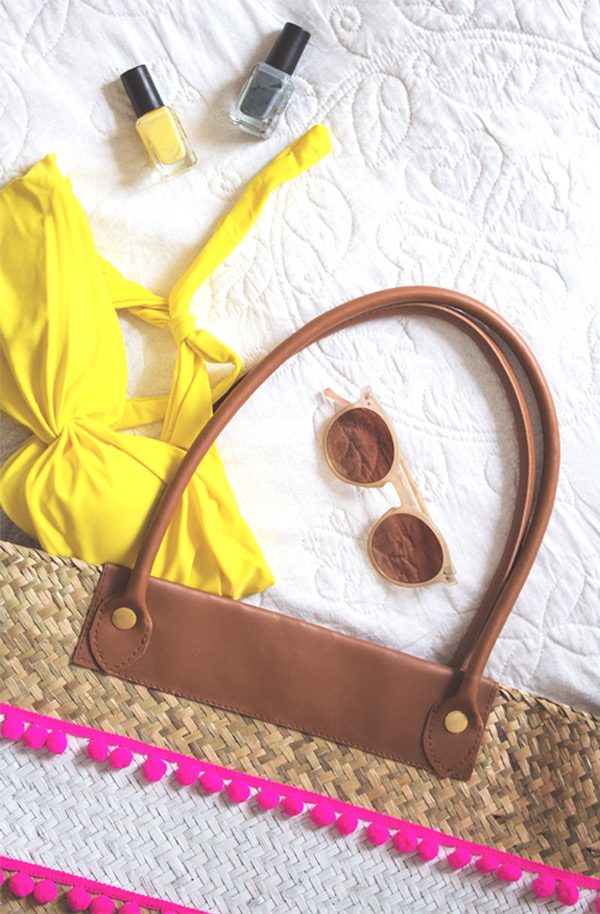 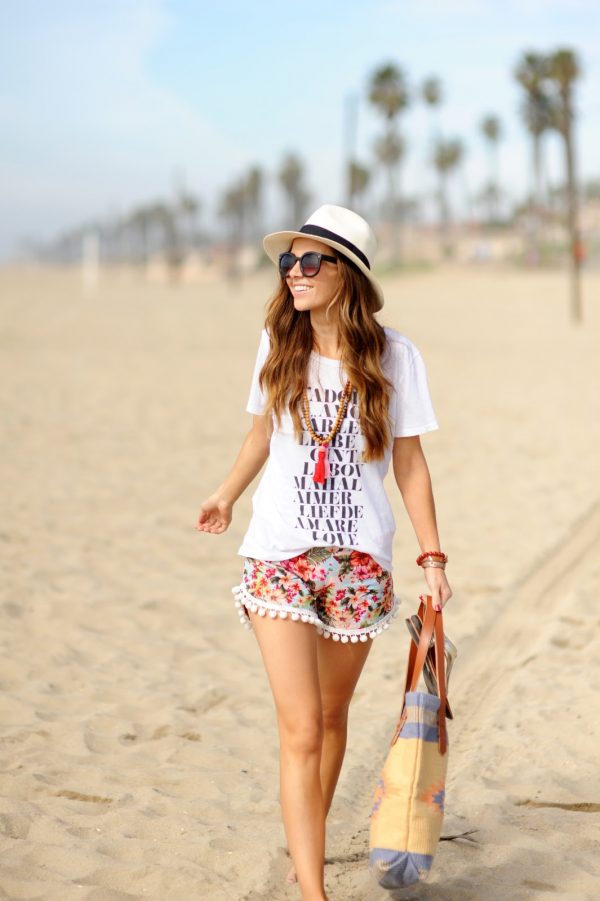 […] on with the summer theme, The Sweetest Occasion have 6 pom-pom inspired beach DIY […]

I'm really, really, really planning to make the kaftan before my upcoming beach trip, but I may resign myself to just coveting hers. Love this roundup!

This is so perfect! I've been obsessed with pom-poms for a while now.

Those shorts! And the kaftan! LOVE!

Yes, Pam, I agree! They are so darn cute!